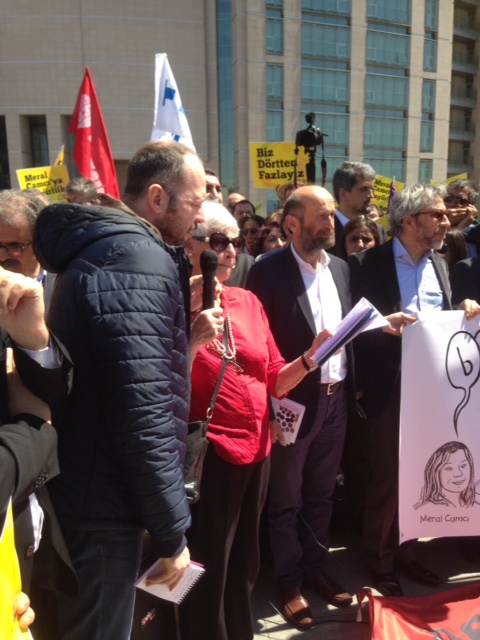 On Friday 3rd November two Kurdish politicians appeared before a court in Malatya, south-east Turkey, via a videolink from Kandira maximum security prison. These were Mayor of Diyarbakir Gultan Kisanak and Sebahat Tuncel, co-leader of the DBP party affiliated to the pro-Kurdish Peace and Democracy Party (HDP).

Ms Kisanak faces 41 indictments mainly concerning speeches that she made between 2011 and 2014. “I want to appear in person and present my defence case by case,” Ms Kisanak told the judge. This is her sixth hearing since her detention in 2016. Ms Tuncel’s charges also relate to speeches that she gave, along with the evidence of an anonymous witness who has never appeared before a court.

Furthermore, Ms Kisanak used her presence in the court to assert “In Diyarbakir, a city of two million, the elected representatives have been replaced by a commissioner appointed by the state. Without local democracy there can be no democracy.” She also stated that the trial was an attack on the participation of women in politics.

Margaret Owen writes “These trials are unjust, unfair and purely political. I was present at the fifth hearing in Malatya last April, when the two defendants, Gultan Kisanak and Sebahat TunceL appeared only on video. The court met in a vast basket-ball court, where we, the few international observers and the families of the accused, were so far away from the judge, the lawyers and the video screen that it was almost impossible to distinguish who was talking. The police tried to ban us from entering the stadium. It is shocking that these sham trials keep innocent people in prison for years. Such trials demonstrate the failure of democracy and the Rule of Law in Turkey, and should be strongly condemned by the international community.”

9 Bedford Row International has been in contact with both Gultan Kisanak and Sebahat Tuncel with the aim of helping them both to achieve justice. Further developments to be reported as they come.

And to read previous blog posts reporting on this story, click the following links: