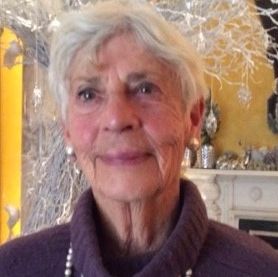 Today I am flying to Diyarbakir, South-Eastern Turkey, to observe the trials of two prominent and distinguished Kurdish women who have been arrested and imprisoned since November 2016.

The HDP (the Pro Kurdish Peoples’ Democratic party) and the DBP (the Democratic Regions Party) have invited me to attend the hearing that is to take place on Friday, 21st April, at the Malatya First Heavy Penal Court.

The two women in question are Ms Gultan Kisanak and Ms Sebahat Tuncel.  While neither of them will physically attend the court themselves, both will participate through an online video call.

Gultan Kisanak (56) has already served a two-year prison sentence in Diyarbakir prison, as a student during the 1980 coup d’etat.  She was elected to parliament as an Independent, backed by the pro-Kurdish party in 2007. Ms Kisanak was co-leader of the party between 2009 and 2014. She was elected to be co-mayor of Diyarbakir, the major municipality in the Kurdish South-East, in 2014

Sebahat Tuncel (42) was a founding member of the Democratic Society. She was elected as an Istanbul MP in the July 2007 elections, continued as an MP for the HDP, was a board member of the DBP from 2007 till 2011, and has been its Co-Chair since 2016.

I only have details of the indictment against Sabahat Tuncel who was arrested and detained whilst involved in a peaceful gathering outside the Diyarbakir Court house on 4th November 2016, to protest the detention of other HDP co-chairs and deputies. From there, she was taken to Silivri High Security prison in Istanbul. The prosecutor demands a sentence of imprisonment of 150 years.

The only evidence presented in respect of the accusations consists of the defendant’s membership of the DTK (Democratic Society Congress), and the statements and speeches she made in routine press conferences and party meetings.  The indictment demands that she be sentenced separately for each one of her 16 speeches, in which it is alleged she committed the crime of propaganda. That she supposedly committed the crime 16 times is supposed to prove that she is a member of a terrorist organisation.

It should be uncontroversial that speeches made in the framework of democratic political activities are protected under the rights to freedom of expression and political rights and freedoms. However, such indictments, and the often-fictitious evidence that support them, are nothing new in the years I have been observing the trials of Kurds. It is a familiar pattern.

To read Sebahat Tunc’s indictment and more detail of the allegations made against her, click the following link:

The total violation of human rights at every stage of the so-called judicial process is shocking, starting with the police arrests. Bail is granted very rarely, so that vast numbers of prisoners are kept in pre-trial detention, while the conditions in the prisons themselves are horrific.

I believe I am the only observer to attend this trial from the UK, but I hope that there will be other European lawyers present so that, whatever the outcome, we can inform the international community, our own national bar associations and governments, about the legal process, and whether there has been a fair trial.

This is the first major trial to take place so soon after the referendum on 16th April, which has given President Erdogan sweeping powers, effectively transforming Turkey into a dictatorship.

President Recep Tayyip Erdogan has proposed 18 amendments that will affect 72 articles of the constitution. These were voted on as a single package. None of the proposed amendments featured on the ballot; voters were simply asked to vote for a yes or no option. Most intimidating for those people accused of crimes linked with politics (such as Gultan Kisanak and Sabahat Tuncel) is that the President will have increased power over much of the country’s judiciary.

There is now widespread concern, expressed in the reports by OECD (Organization for Economic Cooperation and Development) that grave irregularities occurred in the referendum process. These include: false ballot slips, intimidation of voters, evidence of actual violence and corruption, controlled media coverage, etc. This has led tensions to run high, especially in the Kurdish South East where the trial is taking place.

How will this atmosphere coupled with the referendum result affect the upcoming trials of Ms Gultan Kisanak and Ms Sabahat Tuncel? Will it follow the pattern of almost all such political trials leading to the imposition of heavy sentences? I will hopefully know more on Friday.