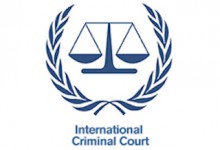 Steven Kay QC and Joshua Kern have submitted a communication to the Office of the Prosecutor (OTP) of the International Criminal Court (ICC) regarding the effect of issues around Palestinian statehood and Palestine’s territorial claim on the jurisdiction of the ICC.

The submission was made with support from The Lawfare Project and UK Lawyers for Israel (UKLFI). It highlights the challenges for the ICC which result from treating Palestine as a state when Palestine’s legal status, capabilities and territorial claims remain ambiguous and undefined.

This is further complicated by the fact that Palestine claims title to territory upon which criminal conduct has allegedly occurred, but these territorial claims are disputed, not fully defined and are subject to negotiations.

The Rome Statute, which is the ICC’s constitutional document, does not include a definition of a state but, the submission points out, the customary test of statehood within international law defined by the Montevideo Criteria, holds that a state must consist of four elements: a defined territory, a permanent population, a government in total control of the territory, and the capacity to engage in foreign relations. Although Palestine satisfies the criterion of a permanent population, it does not fulfil the criterion of government with respect to issues that will be negotiated in the permanent status negotiations, namely Jerusalem, settlements, specified military locations, borders, foreign relations, Israelis, and refugees.

Palestine neither exercises authority with respect to these issues nor has an uncontested right or sovereign title to exercise such authority. This intrinsically effects whether the ICC can exercise jurisdiction with respect to territory – such as in Jerusalem or over settlements – which it cannot be said with a degree of certainty is Palestinian. As Palestine does not possess exclusive competence to govern in this territory, objectively, such territory does not comprise the territory of a Palestinian State.

So, the submission argues, the scope of Palestinian sovereign title to territory cannot be determined with certainty. The question of sovereign legal title to the disputed territories is a matter that can only be resolved by agreement between the relevant parties, including Israel. Indeed, the PLO expressly disclaimed sovereignty over the West Bank and Gaza in 1964, while in the Oslo Accords, Israel and the PLO specifically reserved their rights, claims and positions regarding the territories pending the outcome of the permanent status negotiations.

The exercise of ICC jurisdiction would therefore necessarily require the OTP to demarcate a border for jurisdictional purposes. Politically, this will place the Prosecutor into the midst of one of the world’s most flammable disputes. The submission therefore urges the OTP to “tread with caution” on matters involving territory over which Israel maintains a legitimate but disputed claim, to avoid interference in the internal affairs of a non-State Party absent a Security Council mandate.

If the Court were unlawfully to exercise jurisdiction in the Situation through any ultra vires action, it would render the ICC liable to retorsion and countermeasures resulting from the breach of the principle of non-intervention and render the Court a violator of the rules based international order. It would also risk undermining the Court by legitimising the existing critique that the ICC is a “renegade” court exercising an exorbitant jurisdiction, used as a tool by the PLO.

Members and door tenants at 9 Bedford Row have made previous submissions to the ICC prosecutor, supported by The Lawfare Project and UK Lawyers for Israel, regarding the unreliability of human rights reports as evidence in criminal cases and questioning the admissibility ICC’s of settlement cases.

The full submission is here.