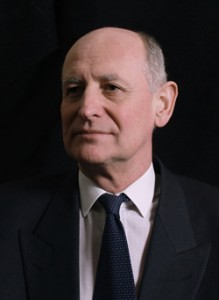 Recorder of the Crown Court 1997 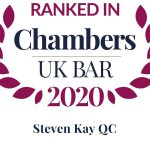 ▪     Steven Kay QC “He has a stellar international criminal law practice and he is great in court.”

▪     Steven Kay QC “Has significant experience before the International Criminal Court in matters involving crimes against humanity and war crimes. He is also sought after to counsel governments, corporations and membership organisations on best practice and compliance matters.”

Steven is also engaged by governments and organisations to investigate matters of international concern such as the 30 years conflict in Sri Lanka between the Tamils and the State; Egypt and the Muslim Brotherhood; Montenegro Corruption and Conflicts of Interest; Human rights abuse alert Algeria; the IBA report on Political Prisons in North Korea. His reports have been influential upon world affairs – and in the case of President Kenyatta at the ICC, he won the presidential election during his trial.

Steven’s international fraud and corruption practice focuses upon the criminal issues arising in complex international commercial cases and transactions where he works with multi-national and multi-disciplinary teams. Steven is now engaged by clients to oversee complex national and international litigation and provide his experience and expertise to review and assist in the development of their cases. These cases include jurisdictions such as Liechtenstein, Switzerland, Austria, Singapore, BVI, Cayman Islands etc.

At 9 Bedford Row with Gillian Higgins he has established an Interpol Red Notice Hot Desk, to deal with the increasing number of international arrest warrants requested by states against perceived enemies of a regime that may be politically or financially motivated. This area of work also covers applications for clients to the international financial information databases of World Check and Lexis Nexis; and representation of persons and companies listed on international sanctions lists including advice upon the US sanctions against Iran.

Steven is experienced in advising clients at the crisis stage of an international situation by setting out their options and guiding their responses, whilst also making the preparations necessary for future litigation. His cases below demonstrate the depth of experience and the quality of the work for which he has been hired. 9 Bedford Row’s other international lawyers have been involved in most of these cases with him and they have developed an impressive team to meet the unique challenges these cases present in whatever part of the world they may arise. Some international cases upon which he has been asked to advise are necessarily confidential.

Universal jurisdiction proceedings in Sweden alleging war crimes committed in Sudan 1997-2003 against Lundin Oil Company, its Chairman and CEO. The matter is currently at the investigation stage.

International Criminal Court proceedings commenced in December 2010 against President Uhuru Kenyatta of the Republic of Kenya, and son of the first President of the nation, Jomo Kenyatta, alleging a leading role in the post-election violence of 2007 – 2008 for which he was charged with crimes against humanity. At the confirmation of charges hearing the Defence challenged the Prosecution case theory comprehensively and called Uhuru Kenyatta to give evidence in his own defence. The Defence evidence and submissions to the court clearly established the strong foundations of the defence case. Although the Pre-Trial Judges confirmed the charges, it was subsequently established that the Defence contentions at the hearing had been correct. Furthermore, an alternative case the Prosecution had tried to create against Uhuru Kenyatta after confirmation of charges was also successfully challenged. In January 2015 the charges were finally withdrawn by the Prosecution, having admitted there was an insufficiency of evidence upon which to proceed to trial. The result achieved by the 9BR team in this case has changed the course of African politics. To read a report on the case go to:

Acquittal of General Cermak at the International Criminal Tribunal for the Former Yugoslavia which undertook the prosecution of three Croatian Generals arising from the conduct of military forces in Operation Storm in August 1995 that resulted in the liberation of territory from the RSK. Gillian Higgins of 9BRi was co-counsel with him in this case. that has been described as the most important trial in the history of the State of Croatia. The essential evidence to be challenged in this case principally arose from UN witnesses who had their own view of matters on the ground, as opposed to the reality of Cermak’s position in fact. Detailed review of military regulations and orders was necessary to persuade the court of the actual and exact unfolding of events at the time, not apparent from the Prosecution case. Expert evidence from internationally respected witnesses upon the Croatian military and powers of the police underpinned the truth of the Defence case.

January 2011 Steven was instructed with the 9BRi team by Jamaat E Islami to represent their members prosecuted by the Bangladesh International Crimes Tribunal for war crimes alleged to have taken place in the conflict to create the state of Bangladesh in 1971 Steven challenged the fairness of the Bangladesh International Crimes Act and its Rules at a human rights conference in Dakhar, in October 2010 attended by many leading politicians and lawyers and exposed in a public forum the flaws of the ICTA 1973 to start the Defence campaign to challenge the fairness of the ICT. The 9BRi team on the case worked with local lawyers to put together trial strategies and build the Defence cases to challenge the Prosecution’s evidence. The further brief to the team was to attempt persuade the Government of Bangladesh to reform its laws that have been internationally condemned as unfair and to seek international support to pressurise for reforms.

U.N. International Criminal Tribunal for the Former Yugoslavia appointed Steven in September 2001 as amicus curiae with responsibility for defence issues in the trial of the ex-President of Serbia. In September 2004, he was appointed the Court Assigned Defence Counsel for Slobodan Milosevic. Gillian Higgins of 9BRi was also counsel in this historic case that was the first international trial of a Head of State. The trial was upon 3 joined indictments concerning the wars of the 1990s waged in Kosovo, Bosnia and Croatia by the Serbian forces and was the largest international criminal trial in its scope. This trial involved political, historical and factual issues of a highly complex nature and legal argument that has been referred to ever since.

U.N. International Criminal Tribunal for Rwanda. This was the first trial of a civilian alleging command responsibility for genocide and it took place in Arusha, Tanzania. The Defence team included Gillian Higgins of 9BRi and they were the first U.N. Defence counsel to enter Rwanda to conduct investigations in the field. These investigations produced important and critical evidence for the case that had been overlooked by Prosecution investigators who had been established in the field.

U.N. International Criminal Tribunal for the Former Yugoslavia. This was the first international war crimes trial since the Nuremberg and Tokyo trials of the 1940s. This landmark trial in 1996 established the foundation for modern international criminal law. Tadic was charged with war crimes and crimes against humanity. The case had many legal arguments that set the foundations for the future conduct of international trials. This case started with enormous emotional hostility against the accused and through the careful presentation of the Defence case, there was a sea-change of interest into the merits of the case which seemed inconceivable at the start.

Advised suspects held in US Army captivity on ways and means to exercise their human rights.

With John Traversi of 9 BRi training Defence and Prosecution counsel in Kazakhstan how to deal with the introduction of jury trials into the criminal justice system in January 2007.

Advisor to the government of Sudan re: referral by UN Security Council of Darfur situation to the International Criminal Court and the arrest warrant issued for President Bashir.

Advisor to the Syrian Government and individuals concerning the investigation into the assassination of Lebanese ex-Premier, Rafik Hariri and 14 related terrorist explosions that are the subject of the jurisdiction of the Special Tribunal for Lebanon.

Steven Kay QC and Eeva Heikkila undertook pro bono the case of the siege at the school in Beslan by Chechen terrorists in September 2004 and in 2013 received notice from the European court of Human Rights it had been referred to the Russian Government for observations. The case before the Court is that the deaths of the 334 hostages were as a result of the excessive and indiscriminate use of lethal force by the Russian security forces. The case to the ECHR is not only that the assault upon the school violated the rights of the children and innocent civilians inside the school, but also that the persistent denial of justice and lack of accountability for this crime constitute breaches by the Russian Federation of the European Convention on Human Rights and Fundamental Freedoms.

Drafting with David Hammond of 9BRi the 100 Series Rules for the Use of Force for a Flag State and SAMI for submission to the IMO. Advising upon the liabilities of security companies, insurers, charterers and individuals in the use of force to protect a vessel and all aboard from piracy or armed robbery at sea. Advising upon the impact of the Corporate Manslaughter and Corporate Homicide Act 2007 upon companies employing armed guards or providing armed guards for the protection of merchant vessels. The 100 Series RUF has now received international recognition.

Providing submissions to the OISL of the UNHCHR on behalf of 3 Sri Lankan NGO’s upon the 30 years conflict between the Government of Sri Lanka and the LTTE (Tamil Tigers) that resulted in the final defeat of the LTTE in 2009. Steven led the team at 9BR that submitted detailed reports uponvarious aspects of the conflict and to support these with evidence. With documents originating from Sri Lanka, and extensive media reports from open sources, comprehensive and persuasive reports were compiled to challenge the extensive media campaign that had built up to prosecute Sri Lanka. The 9BR reports challenged the narrative issued by the NGOs and UNHCHR. To read one of the  reports see:    http://9bri.com/iclb-submissions-to-the-ohchr-investigation-on-sri-lanka-the-ltte-and-the-legal-response-to-terrorism-and-crimes-committed-by-the-ltte/

Pro-bono project to challenge on behalf of the Virunga National Park in DRC a UK FTSE 200 company, prospecting for oil and gas in the famous UNESCO Heritage site and home to the last species of mountain gorillas. This matter involved consideration of international environment law, the national laws of DRC and national laws of the company. Steven’s team at 9BR were determined to protect the local people and wildlife under threat from the commercial activities of thecompany.

IBA WCC Inquiry into the Political Prisons of Democratic

In Washington DC took part with Kirsty Sutherland of 9BR, Federica D’Alessandra and Greg Kehoe in the Inquiry into the Kwanliso (political prisons) arranged by the IBA North American Office and heard by International Judges. See here

2017 Expert witness on BVI Proceeds of Criminal Conduct law in the Ablyazov litigation, an international commercial fraud involving the BVI, Russia, Cyprus, Kazakhstan and the UK

2018 Top Zinc Ltd v Hilton Hotels, Alix Partners et al. A portfolio of Hilton hotels bought by Vincent Tchenguiz, leased back to Hilton and eventually put into administration upon default of a loan scheme hedged by Bayerische Landesbank in circumstances where the value of assets were believed to be undersold. https://www.thetimes.co.uk/article/vincent-tchenguiz-to-sue-hilton-over-bust-hotels

Report by Steven Kay QC was issued on the 3rd of May 2019, along with Montenegro Corruption and Conflicts of Interest.

2019 Mamouka & Badri, Representing founders of TBC bank Georgia (listed on UK Stock Exchange) in their defence to allegations of money laundering under the Criminal Code of Georgia through a series of transactions in 2007-2008.

▪    The Role of the Defence–Commentary on The Rome Statute of the International Criminal Court ed. Casese, Gaeta, Jones OUP 2002