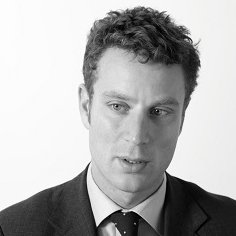 Joshua is an international criminal law and extradition barrister who also appears frequently as a jury advocate in the Crown Court; he specialises in criminal cases with an international or transnational dimension. Joshua is registered on both the International Criminal Court’s (ICC’s) and Extraordinary Chambers in the Courts of Cambodia’s List of Assistants to Counsel and is a Member of the American Bar Association’s International Criminal Justice Standards Advisory Group. He leads 9 Bedford Row’s initiative on the impact of Brexit on human rights and criminal justice reform in the UK, and is qualified to receive instructions directly from the public.

As defence counsel, Joshua has made numerous submissions resulting in the dismissal of charges through lack of evidence or abuse of process and he has appeared as counsel successfully in judicial review proceedings. Joshua has successfully defended both as a junior and a led junior in complex extradition cases involving a political dimension. Joshua also has experience in complex fraud, bribery, corruption and money laundering cases and he has experience of representing high profile individuals for whom reputation management is a significant concern.

At the international criminal tribunals, Joshua has experience as a member of defence teams at the ICC (Kenyatta), ICTY (Prlić), and ECCC (Ieng Sary). He completed ICCA Vulnerable Witness training in 2018.

Joshua currently lectures on international criminal law, including at the National University of Ireland in Galway in 2019 and Salzburg Law School’s Sound of ICL symposium in 2018.  He lectures annually at Birkbeck University on the history of the international criminal tribunals. Through 2018 and into 2019, he has published on the topic of ICC jurisdiction over nationals of non-states parties as well as on issues relating to the ICC’s Preliminary Examination of the Situation in Palestine. Joshua represents as counsel a coalition of civil society organisations granted amicus curiae standing in December 2019’s landmark ICC Appeals Chamber hearings on the interests of justice in the Situation in Afghanistan.

Joshua has successfully lobbied Interpol for the deletion of data, including Red Notices, from its systems – and he is well versed with Interpol’s constitutional framework and institutional structure.

Situation in Afghanistan
Counsel to a coalition of human rights organisations granted leave to submit amicus curiae observations in the Appeals Chamber hearings on the interests of justice in December 2019.

Situation in Palestine
Instructed by The Lawfare Project and UK Lawyers for Israel to submit Article 15 communications to the Office of the Prosecutor on issues relating to jurisdiction, complementarity and the interests of justice.

Poland v C, 2019
Requested Person wanted to serve a sentence of 3 years 6 months in Poland for offences including assault and theft discharged from two EAWs.

UNAOIL 2017
Led by Steven Kay QC. The allegations against Unaoil relate to claims of corruption and bid-rigging in the global oil and gas industry. The SFO made a mutual legal assistance request to the Monégasque authorities and carried out a raid of Unaoil’s premises. Extradition from Monaco of S. Ahsani was refused on dual criminality grounds.

R v N, 2017
Case dismissed as a result of an abuse of process arising from the UK’s failure to honour its international obligations with respect to modern slavery.

Belgium v D, 2016
Junior alone. Extradition request withdrawn following submissions made regarding the compliance of Belgian prisons with Article 3 of the European Convention on Human Rights.

R v H, 2018
Junior Alone. Conspiracy charge dismissed at half time as no case to answer under Galbraith.

R v N, 2017
Junior Alone. Case dismissed as a result of an abuse of process arising from the UK’s failure to honour its international obligations with respect to modern slavery.

“…tenacious, diligent, and robust advocate with excellent forensic and drafting skills”
From a tier one solicitor