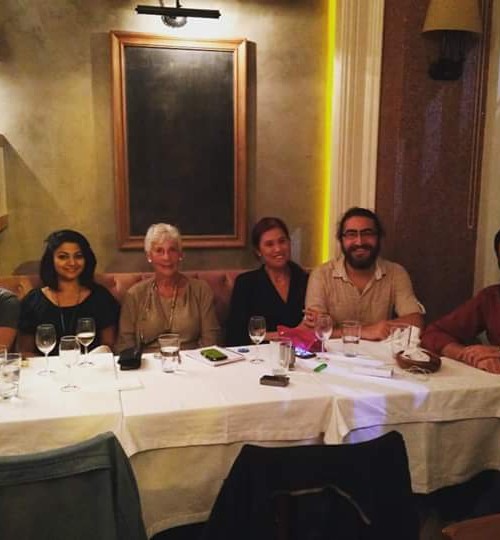 On Tuesday, I met Hisyer Aydun, a 23-year old student from Bilgi University, Istanbul. He has recently been released, pending trial, and spent 3 months in prison, following arrest by the police in a cafe in Diyarbakir. He happened to be with a young woman who the police suspected might be a member of a terrorist organisation (a militant Kurdish youth group who are linked to the PKK (Kurdish Workers Movement). I am told that under Turkish law, presumably in this emergency situation, the police have no obligation to give reasons for the arrest through the operation of the rules referred to as a “privacy decision and confidentiality order” . I also learn that prisoners must pay rent for their cell use, and approximately 25 lira a month for electricity. They must pay also for their food. If they and their families are without funds, an application can be made to the government to subsidise them.

Hişyar could now resume his studies, but for the fact that hundreds of university teachers have been suspended . Awaiting trial under the Anti Terror Act, (for simply having been seen speaking with someone who, unknown to him, was allegedly a member of a terrorist organisation was enough to prosecute him) he must now report regularly to the police, and cannot travel abroad. He described to me the abysmal conditions in the prison.

I also met Can Memis, studying sociology, who is the leader of TODA, the “Detained Students Solidarity Network”. He hopes that I can help him to rally support from our own UK student body, the NUS, to raise awareness in Europe and at the UN of how the Turkish state is targeting students and incarcerating them for such long periods so that they may never be able to further their education, or obtain their degrees to secure employment. There are no official statistics on how many students are now in detention.

This afternoon, we will attend the trial of Ilhan Comak -who has already spent 22 years in jail without being sentenced. Tomorrow we will attend the trials of two other young students – Heja Turk and Çagri Kurt. We will have meetings with the lawyers and a press conference has been arranged, when I will be asked what the UK’s position is in regard to these arrests of so many young people.