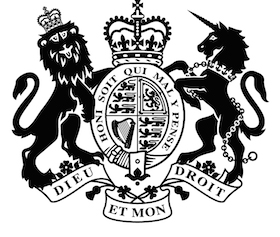 The paper illustrates that the UK government is attempting to show consistency towards protecting data. For instance, the UK government’s commitment to seek an adequacy decision from the European Commission to maintain the free flow of data will ensure that the UK and EU’s data protection frameworks will be aligned when Britain leaves the EU. Moreover, the paper suggests that the Information Commissioner’s Office could still contribute to the drafting of future EU regulation. Following the release of the paper, the government has emphasized stability and closeness with the EU where data sharing is concerned.

In response to the paper, political consultant Andrew McQuillan has written an opinion piece for Public Technologies.net exploring the strengths and weaknesses of the government’s stance on data regulation in post-Brexit Britain. He argues the UK’s Investigatory Powers Act, criticised in 2016 by the European Court of Justice, is seen as contradictory to the EU’s interpretation of basic human rights. If both sides can’t compromise on this issue – and adequacy agreement reached – a final arrangement may be fundamentally undermined.

Mr McQuillan concludes: “This is arguably one of the least controversial areas of Brexit and given the mutual interest on both sides a resolution should be achievable… However, as with much of Brexit, the failure to reach an agreement is the real danger which could harm government and business alike.”

To read Andrew McQuillan’s opinion piece in full, click below:

And click the following link to read: The exchange and protection of personal data – A future Partnership Paper: