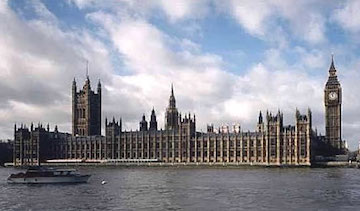 The BBC is reporting that government ministers in the United Kingdom are drawing up new laws that will enable Britain to retain the power to impose sanctions on other countries once it has left the European Union. The government hopes that it can continue to adopt sanctions alongside other EU member states.

The prospect of the UK losing the power to implement sanctions is apparently being treated as very important. This is because some EU countries are said to be concerned that Britain’s absence may encourage other nations in the Union to insist that sanctions on Russia should be relaxed.

To read the official consultation document, click the following link:

As a member of both the United Nations and the European Union, the UK is obligated to implement any sanctions that either body chooses to impose. These involve imposing travel bans on a country, freezing their assets and placing restrictions on their finance and trade.

However European law is used by the UK to implement most of these sanctions, regardless of which body proposes them. This is because decisions that involve the restriction trade, money or the movement of people, tend to be handled with exclusively at EU level. If they are passed the new laws will for the first time enable Britain, of its own accord, to impose substantial sanctions on another country.

The White Paper states that “when the UK withdraws from the EU we will need new legal powers that are compliant with our domestic legal system. These will enable us to preserve and update UN sanctions, and to impose autonomous UK sanctions in coordination with our allies and partners.” The document also implies that the government may take new powers to use sanctions to assist in counter-terrorism operations.

Click below to read The White Paper in full:

Sir Alan Duncan, the Foreign Office minister who will take the bill through parliament has said that: “The government’s over-arching goal is to ensure we have in place the legal powers needed to continue to implement sanctions regimes effectively, in support of our wider national security and foreign policy agenda.” He went on to say that, “the UK plays a leading global role in using sanctions to reduce threats to international peace and security and we will continue to do so when we leave the European Union.”

At present, the European Union imposes 30 sanction regimes, of which about half come from the UN. These involve restrictions against people, institutions and trade in Russia, North Korea, Syria, Iraq, Iran and many other countries.

Keep checking 9BRi for further developments related to this story.