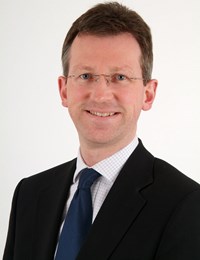 Speaking in front of an audience at the International Institute for Strategic Studies on Wednesday, the Attorney General insisted that using drones for such a purpose should be a final resort but that their deployment may be unavoidable, despite the potential risk of civilian casualties and deaths.

At the event, Jeremy Wright QC stated that striking against terrorist targets with drones is legal “when there is no other option to defend the country from attack and no other means to detain, disrupt or otherwise prevent those plotting acts of terror”. He went on to say that such action could be necessary with the rise of new and varying threats. “We are a long way from being able to see troops massing on the horizon. Technology has made it easier for terrorists to carry out attacks,” he said.

The Attorney General then proceeded to outline for the first time the legal factors to be considered before ordering a drone strike. He accepted that the potential for collateral damage would have to be analyzed from the ground and that would play a part in the decision making process over whether a drone strike was “necessary and proportionate”. “On collateral damage, the UK sets the bar pretty high,” he told The Times.