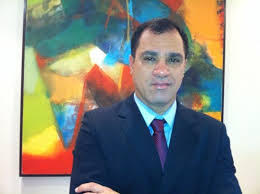 The Senate has now voted to put President Rousseff on trial and she has been suspended from her office for up to 6 months. The final vote in the Senate of 55 in favour and 22 against came after a marathon session that ran for almost 24 hours.

Questions remain however about the role of the Attorney General in the lead up to the Senate vote.

It was only on the afternoon of the 10th May that Brazil’s Attorney General, Eduardo Cardozo filed a motion requesting the Supreme Court to annul impeachment proceedings started in the Lower House on 17th April against President Rousseff. In retrospect, it is difficult to understand why the Attorney General delayed in filing the request and waited until the eve of the Senate vote given that he had cited irregularities in the voting process of the Lower House the day after the initial vote on 18th April.

The current Attorney General has previously served as Minister of Justice in President Dilma’s government. He was promoted to the position of Attorney General before the Lower House vote and thus has assumed the position of now seeking to defend President Rousseff, as the government’s main legal advisor, against the impeachment process that began in April. He has however himself faced questions by the police in relation to his conduct while serving as a Minister concerning allegations of mismanagement under his supervision.

Cardozo’s magnificent defences presented to a congressional committee before the Lower House vote had been applauded and praised by opposition and the media at that time. He had argued in early April that: “The impeachment process was compromised from the start and as such it is invalid.” The same people who applauded him have now voted to impeach President Rousseff before the Senate. This at a time when the media are focusing their efforts on implanting in the hearts and minds of Brazilians the belief that everything that is taking place is both normal and legal.

The next few hours are critical as it is expected that the Vice President Mr Temer will assume the presidency in the interim. He too however is the subject of a Lower House Commission inquiry, which has been ordered by a Supreme Court judge to commence investigations as to whether impeachment proceedings against Temer should go ahead. The future remains entirely uncertain.