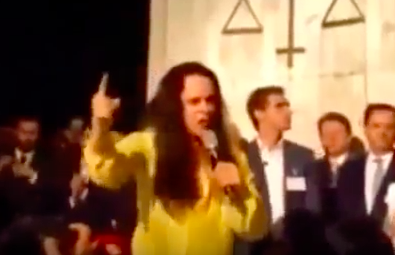 In a remarkable film clip shown here http://www.youtube.com/watch?v=aGAJrcjWrdM&sns=em (see translation below) the Prosecutor Janaina Paschoal of the Brazilian President’s impeachment, addressing a crowd at the Federal University in São Paulo shortly before the voting in the Lower House 17th April states: “We will not serve a cobra” and admits to being involved with opposition politicians herself and using illegally obtained evidence. It is quite clear that the legal procedures for the impeachment of President Dilma are mired in politics and that this is not intended to be a fair and impartial process. Brazil looks as if it is staggering away from the Rule of Law. A prosecution is plainly unsafe in the hands of people such as these.