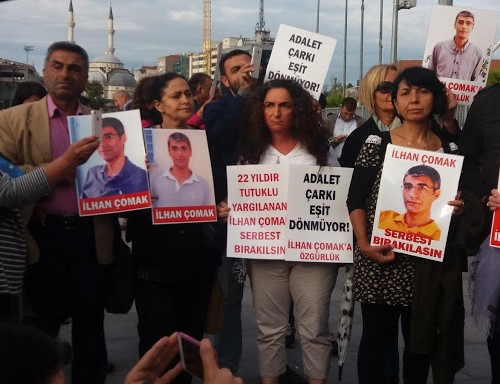 I am lucky to have by my side, Ipek OZEL, with her perfect English and her passionate energy to get justice for these students. And today is an important trial since one of the accused is Heja Turk, the granddaughter of the distinguished Kurdish Mayor of Mardin, Ahmet Turk, who has often spoken here in London in Parliament, to MPs and Peers.

Ipek is a lecturer at Bilgi University in Istanbul, and a “McKenzie Friend” to two political prisoner students. It was her visit to London last month, which first alerted me to the targeting of students, as part of Erdogan’s oppression of the Kurds. Ipek arranged my full program whilst in Istanbul. In between court hearings, she set up several meetings with former student detainees, released lawyers, NGOS and other human rights activists. She is ready to help raise the profile of this issue more broadly, as and when she is able to do so.

Through her weekly visits to prisons, she has gathered much detailed information about their appalling conditions: the cell overcrowding, lack of education and health services, atrocious food, insect and rodent infestations and, with a few exceptions, the brutal attitudes and actions of some prison staff to both those detained and their visiting families. 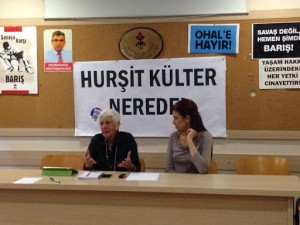 ​The social media in Turkey is full of news about prisoners’ conditions ​including sexual abuse of prisoners when in transit vans and on medical visits. Recently, things have been getting worse as 50,000 more people have been put in prisons after the failed coup. ​

Today, prior to the second trial, we had a press conference at the offices of the Turkish Human Rights Association. Inevitably, only a handful of journalists turned up, not surprising in the current political climate, when anyone identified as consorting with “foreign agencies” to condemn the government’s justice system, and accuse it of breaching international laws risks arrest, prosecution and imprisonment. In some cases, they risk disappearance and even death. Talking to us might imperil the safety of their family members and friends. I am told that possibly as many as 3,500 students, of all ages have been detained since the failed coup in September. 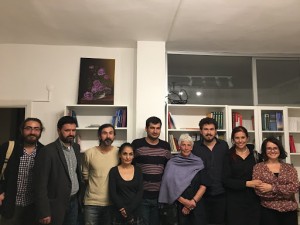 Margaret ​and Ipek ​with the Prison Studies Team after a briefing

Behind the platform, I ask about the large poster bearing the name “Hursit Kulter Neredi”. Hursit is a well-known Kurdish politician and journalist and the HDP Provincial Governor for Sirnak. He went missing on the 27th May. Witnesses said he was taken into custody by special security forces but state officials have refused to make any statements about his whereabouts. For the last 4 1/2 months people are continually asking for information, using, on social media, the hashtag #whereishirsitKulter. He is not the only person to have “disappeared”, but is one of the more famous ones. Incredibly, he appeared yesterday, alive in Kerkuk.

In this charged political atmosphere, with so many prosecutions, detentions and disappearances, I am asked why the UK specifically, and the EU and UN more generally appear to condone, through their silence, acts of a “criminal and murderous state”. They ask me what value do I now place on existing international and European human rights mechanisms, including the ECtHR, to protect innocent people from such gross violations of the right to life and liberty.

I try, with some shame, to explain how geo-politics, the prioritization of trade, arms selling, business interests, and the refugee crisis (keep the Syrian migrants in Turkey at any cost), etc. take priority over human rights considerations. But I assure them that there are many of us, lawyers and human rights advocates in the UK, who will continue to campaign and lobby for their cause.

Finally, to the trial of a further 7 students, 2 already released on bail, 4 in various prisons and one who has remained in France.

As we queue to enter the courtroom lawyers, academics, friends of those accused are eager to tell me how Erdogan has “redefined” terrorism in such a way that evidence of “propaganda” for terrorism will be inferred on the slenderest of grounds. For example, merely from attending a press conference, or a funeral, (for example, of the assassinated human rights lawyer, Tahir Elci last November), having a coffee, sharing a flat, meeting casually with another suspect – all of these can be used to infer evidence of either being part of or aiding a terrorist organisation. 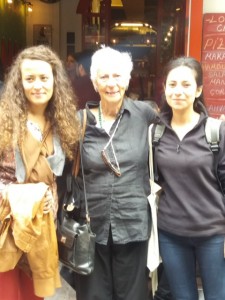 Margaret and the released Mehtap Demirci (left), who was detained just because she is Heja’s flatmate and released student Julide yazici (right)

The basis of the charges in the indictment today are that the named students conspired together to commit acts of terrorism through their involvement with the purchase of a truck intended to be filled with weapons, found parked in a University parking site in Istanbul. In fact, no bombs or weapons were ever found in the vehicle. The truck was taken by the police and after a period of time, the police alleged that a memory stick with a video about bombs was found​ on it.

The defence lawyers argued, for over 5 long hours, that all the accused were completely innocent, and not part of any criminal or terrorist “association”, but knew each other casually in a social way.

The defendants, Heji Turk, Şilan Okut, Çağrı Kurt and Bariş Çiçek enter the courtroom, surrounded on either side by the “Jandarmes”, the security police. These will stand close to them, even when they stand up near the microphone to make their speeches, as if without such guards, they might escape, which seems unlikely in this situation. The 6th defendant, Silan, accused of being a member of a terrorist organisation​, is on the video and will talk in Kurdish with a translator. Ali, the 7th, has not returned from France. The truck driver, in prison, an admitted drug addict, and a defence witness, will also give video evidence. 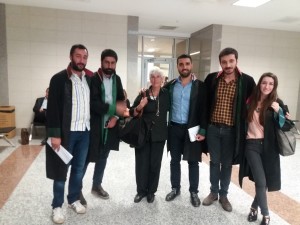 This blog will not attempt to report on the intricate details in the indictment or of the exact points of the defence case. At least the Judge listened respectively, to the long declaration read out, on behalf of Şilan, (a student and a documentary film maker) on the historic struggle of the Kurdish people for their democratic rights, which sounded rather like an ‘A’ level essay. The speech included many historical, philosophical, sociological and political references. Much of this seemed irrelevant to the charges, but the Judge did not stop her or interrupt her.

During the course of a very long afternoon, in addition to the principal defense advocates, the recently released lawyers, Ramazan Demir and Ayse Acinikli made speeches. These were much more to the point than Silan’s wordy declaration, which was read, her advocate explained “to support her co- Kurdish prisoners in detention”. 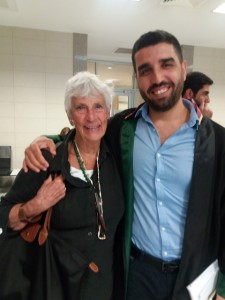 I had to leave before the final verdict, to catch my plane back to London, but just before boarding, Ipek sent me a text message to say that Heja, Çağrı and Baris had been released with conditions, but Silan, the film maker, who read her long political speech, must remain in jail.

This case is far from over. Those released still face further trials to establish their innocence. Many students, on release with conditions, are not accepted back by their universities.

I hope that this blog will encourage more UK lawyers to consider attending these crucial trials and to campaign for these students, so that their voices do not go unheard by the rest of the world.

P.S Lawyers for İhlan Comak will be appealing to the Constitutional Court to overturn the Wednesday verdict, and from there, if unsuccessful, to Turkey’s Supreme Court. If they fail to secure an acquittal there, they will appeal to the ECtHR in Strasbourg. But these procedures could take years. And unfair trials continue. 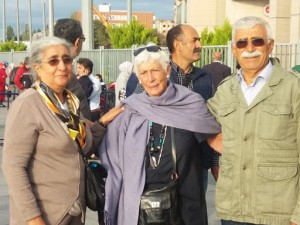