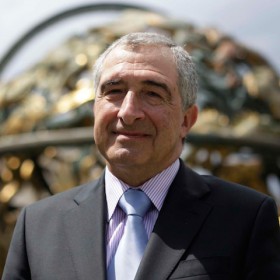 “The Long Haul”, a new documentary on the global backlash against human rights is currently in production, and seeking crowdfunding. Produced as a tribute to Sir Nigel Rodley (1941-2017), the film hopes to encourage discussion about the future of human rights as well as the movement’s history, impact, and legal framework. The creators intend for the finished production, as well as supporting materials, to be distributed freely to universities, governmental and non-governmental organisations, and any other interested parties.

The documentary is inspired by the work of the late Sir Nigel Rodley, a lawyer, activist and teacher, who was one of the founding members of the human rights movement. On their crowdfunding webpage the filmmakers have written of Sir Nigel that “we chose to use his remarkable life story as an inspiration to stand up against wrongdoing. More than ever, his fight for justice and democracy around the world needs to be highlighted. His life is also a reminder of the tragedies that gave birth to the modern human rights framework and what could happen if we fail to honor these basic rights.” The creators describe Sir Nigel as a man “who had a huge impact on the international human rights system.”

To learn more about The Long Haul and the campaign to raise money and awareness for the film, click the links below: