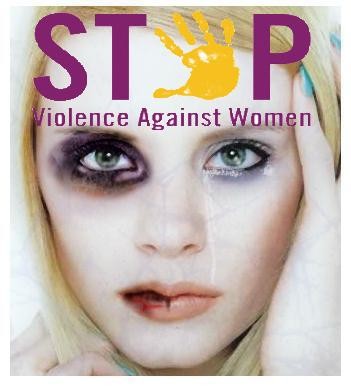 The issue of violence against women is, and has been for some time, an international legal problem of profound proportions. Indeed, in recognition of the enormity of the problem, some 187 countries to date have ratified The Convention on the Elimination of All Forms of Discrimination Against Women (“CEDAW”), which legally obliges efforts to protect women against discrimination (including domestic violence) and otherwise enshrine their human rights.

Yet, some 34 years after its implementation, the media is rife with examples of the international community’s failure to successfully implement any such schemes to prevent domestic violence: from the violent and public raping of a woman in India to an increase in the incidence of acid attacks against women in Italy. Even more concerning, however, are countries where such articles don’t make the media – where violence against women is so systematic and an accepted part of the community that such stories are not deemed newsworthy.

Amongst the region’s tripartite obligations under CEDAW (to respect, protect and fulfil their international obligations), the natural inclination of the women’s rights movement appears to be to focus on the protection limb, blaming a lack of enshrinement of these international obligations into domestic law (in advocating the pivotal importance of domestic laws to implement CEDAW). Admittedly, there are some countries that have failed to implement any specific means of redress for women experiencing domestic violence (including North Korea and, most notably, China). Also, in some jurisdictions where legislation does exist, the narrow definition of ‘domestic violence’ (or indeed its lack of definition at all, such as in Hong Kong) used – which fails to include informal, gay/lesbian/transsexual relationships (as noted in Cambodia, Indonesia, Japan, Taiwan, Vietnam) or mental and financial abuse as a form of domestic violence (Mongolia) or to extend to those who are foreigners (Japan) – clearly falls short of the protective measures demanded by CEDAW.

However, closer inspection reveals that, for the large part, there has indeed been an implementation of numerous pieces of domestic legislation specifically targeted at combatting the issue of violence against women and thereby fulfilling the protection aspect of CEDAW-linked duties, including all of the following:

Furthermore, some countries, such as Cambodia, have even entrenched women’s equality and human rights within their constitutional framework: a measure stressed as highly important by the CEDAW Committee.

As such, failures arguably exist instead in the countries’ lack of fulfilment of the CEDAW principles. Blame must be attributed to the fundamental obstacles in these countries that undermine the effective implementation of such domestic schemes, which (despite the lack of reliable statistics on domestic violence and resultant legal actions) are clearly numerous and varied.

At a fundamental level there is a lack of clear understanding of legislative frameworks –the legislators, third parties, the offenders, the victims and the general public appear uneducated in women’s rights generally and legal mechanisms available. Such confusion results in turn in the lack of enforcement of statutory rights and duties (third party statutory duties not being enforceable under legislation in Cambodia, Hong Kong, Japan and Vietnam), unclear drafting and drafting of conflicting legislation which renders domestic violence laws inoperable or ineffective (such as in Indonesia and Taiwan).

This is combined with the pervasive view of women within many of these societies as inferior (such as in Indonesia), the social acceptance of domestic violence (such as in Cambodia under the Chab Shrey code of conduct for women) or its utility as a weapon in war (in Cambodia) and the belief that domestic violence should be dealt with as a purely private affair and should not be legally examined (such as in Hong Kong and Taiwan).

Furthermore, little assistance (monetarily or via or other support mechanisms) is provided to victims of domestic violence to allow them to pursue domestic violence offenders under the legal framework (most notably in Indonesia, Taiwan and Hong Kong). Rehabilitation of offenders is also scarce (particularly in Japan).

Additionally, domestic laws are arguably flawed due to the all-too-common complaint levied at international law (and in this instance the international law that gave rise to the domestic legislation) – that it “lacks teeth,” whereby its theory does not translate into effective practice. Punishment is often merely an option under the legislation (with conciliation being imposed often even where victims do not wish to pursue this avenue, particularly in Cambodia) or otherwise is dependent on a separate prosecution under the domestic criminal laws (in Cambodia, Japan, Vietnam and Hong Kong for example).

Therefore, those rallying the CEDAW cause should arguably place an increased effort on addressing these inherent problems in the implementation of existent legislation, as opposed to paying lip-service to the cause by encouraging merely an increase in the creation of legal mechanisms. Fundamental to these efforts should be a comprehensive education program in these countries about the wrongs of domestic violence and the encouraged exploitation of the legal frameworks already in place, without which evidently even improved legislation (addressing the abovementioned issues with lack of assistance to victims, lack of enforcement and widening of definitional scope) would be of little use. Furthermore, concerted efforts should first be made to encourage reporting under the Optional Protocol on the Elimination of Violence Against Women to allow a full and detailed analysis of the effectiveness or otherwise of legal mechanisms already in place.

With the above approach, adoption and implementation of CEDAW should continue to positively impact on women’s rights in Asian countries. Indeed, despite these inherent problems with local domestic violence legislation there have been concerted efforts by these nations to improve their human rights records in relation to women. The implementation of domestic laws, albeit somewhat ineffective, is indicative of a renewed and invigorated commitment to the cause by these countries, as is the increased analysis of domestic laws as they stand. As such, continued efforts by the international legal community to support Asia in addressing their problems in implementation of domestic violence laws to meet CEDAW obligations should be a victory not only for them, but for women everywhere.