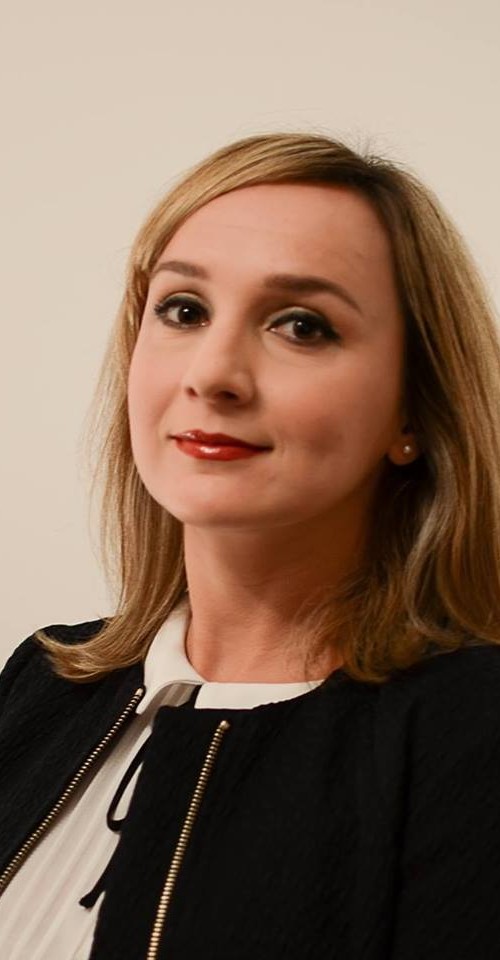 Brikena was called to the Bar in 2003 and is a member of Lincoln’s Inn. She has recently set up her own chambers in London after working for a number of years as a defence lawyer for the Government Legal Department, where she worked in the fields of private law personal injury, assault and battery, misfeasance in public office, false imprisonment, human rights, malicious prosecutions and inquests. Brikena also has experience of working at the Bar in both civil and crime.

Brikena is originally from Kosovo. She arrived in Britain at the age of 16 on a student visa in 1995 to study A-levels. She is one of the lucky Albanians who left Kosovo as the tensions were rising between Albanians and the Serb regime, which then led to the war in 1998. Life in Kosovo under Slobodan Milosevic was one of fear and persecution. Brikena along with thousands of other Kosovar Albanian students had to study in people’s private homes because the secondary schools and the university were closed. One student had to stand outside to watch for the police. If Albanian teachers were found to be teaching they would be beaten up by the police. Going out in town meant walking past large parked tanks with armed soldiers mounted on top. That is until it became too dangerous to go out unless one really had to.

Brikena was a top grade student throughout her primary and secondary education in Kosovo. She held the official school title of Best Student. In view of the fact that the education system in Kosovo was becoming inexistent her parents wanted to ensure that she received a decent education. So, at the age of 16 she applied for a place at a UK school to study A-levels and was granted a student visa. The school very kindly decided to not charge her any school fees after having been informed about the situation in Kosovo where Albanians, including Brikena’s parents, had been dismissed from their jobs. Brikena lived with her uncle in the UK, where he was already living with his family. She did not speak much English when she arrived in the UK. She had studied English in school in Kosovo and her first conversation in English was her visa interview. She had to learn the English language alongside her A-level subjects in Mathematics, Biology, Chemistry and General Studies. On completing her A-levels in 1997 she prepared to return to Kosovo and booked her flight ticket, however, her parents told her it was too dangerous in Kosovo and that she should not return. Within months of this the war in Kosovo started. She remained in the UK and was eventually granted asylum. She was reunited with her family when they arrived in the UK in 1998. After her A-levels, she took a gap year during which time thousands of refugees from Kosovo arrived in the UK.

Her journey in law started when she was asked by an Albanian refugee family to interpret for them at an appointment they had with their solicitor because they did not speak any English. At the end of the appointment, the solicitor (a lady who owned her firm) offered Brikena a job as an assistant researcher and interpreter. Brikena worked at the firm during her gap year assisting numerous clients mainly in the areas of immigration, housing and welfare benefits. At the end of the gap year, Brikena enrolled for a degree in Law at Westminster University. She was the only student in her year to gain a First Class degree. At university, she was a student representative and a student ambassador. She also undertook voluntary work for her local Citizens Advice Bureau for which she received an Award of Excellence. She completed the Bar Vocational Course at the Inns of Court School of Law. She received a Sir Thomas More Bursary from Lincoln’s Inn and a Mary Datchelor Trust Grant from the Clothworkers’ Foundation towards her Bar Vocational Course fees. She completed a commercial/chancery in-house pupillage at Hammonds Solicitors in Leeds within their Advocacy Department.

Brikena is highly respected amongst the Albanian community in the UK. Her profile featured in a book titled ‘Britain’s 100 Albanians’, which was published in 2013 in celebration of Albania’s 100 year independence anniversary. She works with Albanian community organisations, writes for community newspapers and gives speeches and talks. Her presentations include giving a speech before UK members of parliament and ambassadors, presenting a Kosovo Embassy programme for Kosovo’s Independence Day in honour of Kosovo’s prime minister’s visit to London and being a panelist on a Kosovo investigative television programme on Albanians’ image abroad. She has been interviewed by different media outlets including BBC Meridian Writing and Time Out magazine.

Brikena’s website is currently under construction but you can save the link to it which can be found below: