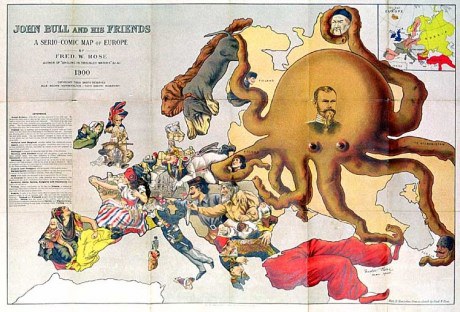 ‘The International Criminal Court is being used as an instrument to carry out regime change with a smoke screen of human rights protection’. This is the editorial line of Russia Today, Russia’s flagship international news channel. It is echoed by its Chinese equivalents: the China Daily and CNC.

In a climate of polarised views on the utility and purpose of international criminal justice it pays to look at its impact from the geopolitical perspective.

Resolution 1970 that imposed sanctions on the former Gaddafi regime in Libya was accompanied by an announcement that the 15-member Security Council was formerly referring Gaddafi himself to the International Criminal Court in The Hague. This was only the second time the Council had agreed such a referral since that of Darfur’s President al-Bashir in resolution 1593 of 2005.

However, Gaddafi’s ICC referral was no rubber stamp affair. Britain, France and Germany strongly advocated for it, China remained hostile to the last moment and the remainder equivocated for much of the time in between.

This spread of support was indicative of the way the European Union states have embraced the development of international criminal justice represented by the ICC and the ad hoc tribunals before it. This can be contrasted with Russia, India and China’s long-standing suspicion of such courts and the United States’ support for ad hocary but concern about the permanent and more supranational ICC.

So, despite the example of Gaddafi’s referral, broader international sentiment towards international criminal courts can at best be described as luke-warm.

The objection of many states is readily understandable in terms of the putative threat the propagation of these courts presents to their governing regimes. The US position stems more from a fear that the ICC could be hijacked by a majority grouping of unfriendly voices that would scrutinise its global military activity rather than its domestic governance.

In this way the development path of international criminal justice has been beset by the reluctance of influential states across the liberal-autocratic divide. As a result, only under very specific conditions has it been able slowly to evolve, meaning that its development has in many ways run parallel to that of humanitarian intervention, as partially expressed by the Responsibility to Protect (R2P) concept.

Indeed, it can be argued that international criminal justice is a form of liberal intervention in that it typically substitutes foreign powers for national ones in the limited administration of the normal legal function of sovereign states. The principle of complementarity on which the ICC operates cannot by itself remove this flavour of imperialism, it can only allow a greater degree of comfort with it.

This is because there is no escaping the fact that the precepts underpinning both international criminal justice and R2P are at odds with the Westphalian model of sovereignty, which purposely denies rights and obligations to transgress borders and appropriate governmental functions for the purposes of protection or punishment. It also correspondingly denies the expectation of extra-territorial remedies.

Indeed, it is the question of obligations that is the pivotal issue over which international criminal justice consistently stumbles. The jurist H.L.A. Hart drew the distinction between having an obligation and being obliged to do something. The strongest states might be persuaded to accept many obligations, but without other states possessing the coercive power to sanction their breach they will not be obliged to honour them.

In other words, the highest law has always been and remains the decision of arms, which, because of the nuclear balance of power and globalised nature of the world economy that constrain their use, essentially leaves some states above the law. There is therefore an obvious inconsistency in so far as international criminal justice’s universalist principles cannot be applied universally.

Moreover, even at the level where these principles can be applied, in other words to politically and militarily weak states, there remains the problem of hindering political compromise and accommodation, because a judicially absolutist approach dictates a logic whereby the denounced protagonist has little to gain by stopping fighting.

Nevertheless, international criminal law clearly has the potential to be a key component in the propagation of a less violent world order. The calculation must be that a robust mechanism of international criminal justice will deter most political leaders from crossing the threshold of criminal responsibility in the first place.

This is a normative project boosted incrementally with every leader who is forced to seek political compromise where he or she might have wished to call in the tanks. And it is incidental and not fundamental that not all states can be brought to account in the same way, because increasing normative momentum around the strong states that continue to transgress those norms will make their positions increasingly untenable in a world of ever more pervasive communications.

It seems fair to assume that the prosecutions under international criminal law to date have informed the behaviour of many petty autocrats, with even the species of more serious ones being increasingly sensitive to the status of pariahdom, if not the courts themselves.