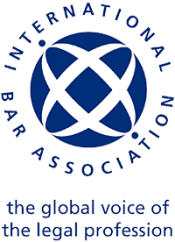 Cooperation between national and international judicial authorities: 20 years after the signing of the Rome Statute, is cooperation the pitfall of international criminal justice?

In July 1998, amid celebrations and high hopes, the Rome Statute of the International Criminal Court (the ‘Court‘) was signed to establish the first permanent international criminal tribunal to try war crimes, crimes against humanity, genocide and – as of July 2018 – crimes of aggression. The Court was given complementary jurisdiction to national authorities, meaning that it could only try a case where a Member State was unable or unwilling to do so. As is usually the case with international tribunals, it was also given no police force of its own, meaning that it relied on Member States to enforce its arrest warrants and, in part, to assist in conducting its investigations.

From issues surrounding head of state immunities to non-cooperation on judicial matters, the Court has, however, been engulfed in friction with some of its constituents, which have demanded reform or threatened withdrawal. Yet on other aspects, such as the idea of ‘positive complementarity‘, the Court seems to have registered some progress. This panel will analyse what the Court and broader international community have already done, and what further can be done, particularly on issues such as financial investigations and mutual legal assistance, to overcome some of the difficulties caused by issues of cooperation between national and international justice authorities.