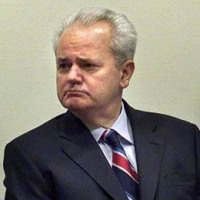 9BRi’s Steven Kay QC has been interviewed on the BBC World Service programme Witness, on the subject of the Milosevic trial. Steven worked on the defence of Serbia’s ex-President Slobodan Milosevic from 2001 until 2006 when the former leader was accused of committing war crimes in Croatia, Bosnia and Kosovo. You can listen to the full programme on the BBC website by clicking the link below: