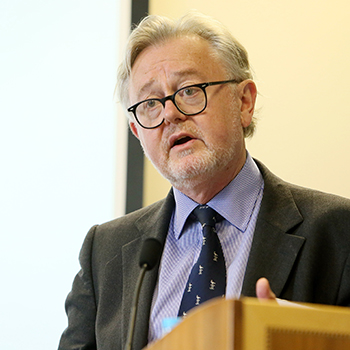 On Friday 20 November 2015 to commemorate the 70th anniversary of the start of the trial of the major Nazi War Criminals at Nuremberg, Professor William Schabas with Dr Dan Plesch spoke at a lecture Steven Kay QC had presented on behalf of the Inner Temple History Society “70 years Anniversary of the Nuremberg Trial the Inner Temple Treasurers at the heart of international justice”.

Professor Schabas (pictured) described the work of Sir Geoffrey Lawrence (Lord Oaksey) as the President of the IMT at Nuremberg and Treasurer of the Inner Temple 1954; the UK Deputy Judge to Lawrence in the trial was Sir Norman Birkett Treasurer 1955.

To complete the list of the Treasurers who served international justice with distinction at this time was Lord Wright of Durley, Treasurer 1945, whose work was described by Dr Plesch as Chair of the ground-breaking United Nations War Crimes Commission. 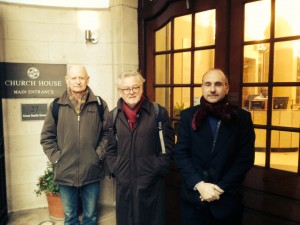 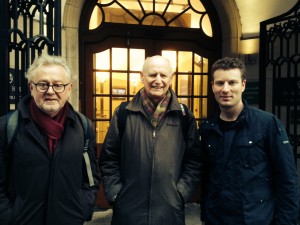 Saturday 21st November 2015: Professor William Schabas, Steven Kay QC, and Joshua Kern of 9BR conclude a walking tour of London viewing the most important sites in the period 1942-1946 when London was the centre of international legal development. Church House Westminster was where the legal teams of the USA, UK, France, Russia met in 1945 to draft the Nuremberg Charter and the 65 page indictment against the accused.