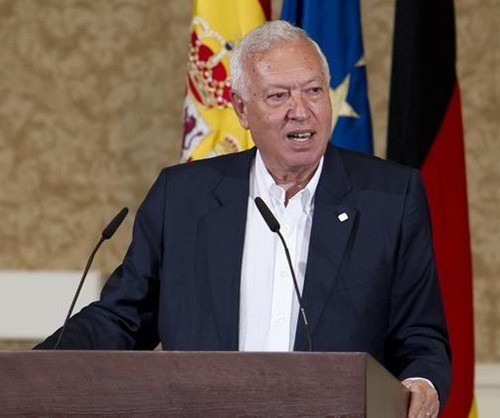 Last week,​ the Ministers of Foreign Affairs in both Spain and Romania (José Manuel García-Margallo (pictured) and Bogdan Aurescu, respectively) held an event that discussed the setting up of an international court that aims to use instruments of law to combat global terrorism. The two Foreign Affairs Ministers outlined ​the benefits of such a court while other speakers expressed their support for the venture. The initiative to set up a court of this type was originally launched by Bogdan Aurescu earlier this year and has since become a Romanian-Spanish common project.

For more details about this story,​ click the link below: