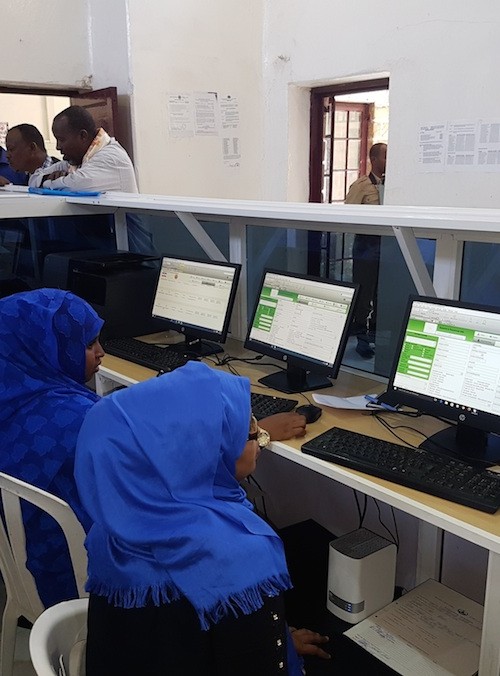 On 28 November 2016, in a ceremony at the Hargeisa Appeal Court, a new bespoke digital case management system was handed over to the Somaliland Registry.

The database is designed to record all relevant data about each case and defendant to which passes through the courts and is bespoke to the specific needs of the Somaliland criminal justice system. It will see Somaliland gain parity with, if not exceed, case management standards in the rest of the East African Region. Specifically, it will provide a far more accurate, reliable and secure form of recording and storage of the critical data which is generated in each case. This will this ensure that future hearings are conducted on a sound understanding of the case history and that of the defendant. In addition the empirical data which it generates will in time enable accurate and reliable analysis of patterns of offending; for example, areas of Hargeisa where specific types of offending are prevalent as well as any patterns of gender-based violence. This will enable a targeted approach to crime prevention, on an evidential footing. It has the potential to develop other benefits as well, including securing not just case data, but evidence as well.

Yesterday’s ceremony marked the end of the training phase. Certificates were awarded to a group of trainees who have received three months intensive training from and are now in a position to move into a mentoring phase. This is a significant achievement on their part, given the levels of computer literacy amongst them. None of them had used a digital database before.

Most if not all organisations who are concerned in the Somaliland criminal justice system were represented at the workshop. It was part of a series of events which is aimed at connecting the new database to the people. Whilst the system has a great deal of support within those organisations, it must have broad public trust if it is to succeed. This is a process, but the initial signs are good.

The new case management case was designed and installed by Axiom International Ltd and funded by the United Kingdom Foreign and Commonwealth Office as part of the Somaliland Security and Justice Reform Project. Axiom also delivers all training and mentoring, on behalf of the FCO.

Joe Holmes is lead consultant on the Case Management and Administration component.