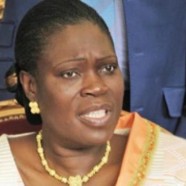 Today, Simone Gbagbo (pictured) is set to go on trial on charges of crimes against humanity relating to the 2010-2011 post-election violence committed in the Republic of Côte d’Ivoire. The International Criminal Court (ICC) has specifically charged her with allegedly committing acts of murder, rape and persecution, among other inhuman offences. The trial is taking place in the city of Abidjan.

In 2014, an ICC Pre-Trial Chamber dismissed a challenge by Côte d’Ivoire against the admissibility of the case, which was confirmed on appeal in 2015. So far Côte d’Ivoire has refused to surrender Simone Gbagbo to the ICC.

“Unless Côte d’Ivoire applies to the International Criminal Court to again challenge the admissibility of her case they must immediately surrender Simone Gbagbo to the ICC,” said West Africa researcher for Amnesty International, Gaëtan Mootoo.

“If the domestic trial continues, Côte d’Ivoire must ensure its proceedings comply with international human rights law standards, including the right to a fair trial. Côte d’Ivoire must show the world it is serious about delivering post-conflict justice to victims of all crimes.”

Over 1,000 people were killed in the violence that took place when Gbagbo’s husband Laurent, former president of Côte d’Ivoire, refused to hand over his leadership of the country after being outvoted in an election against Alassane Outtara.

Laurent Gbagbo himself is also facing trial before the ICC as he too has allegedly been involved in committing crimes against humanity in relation to the 2010-2011 post-election violence.