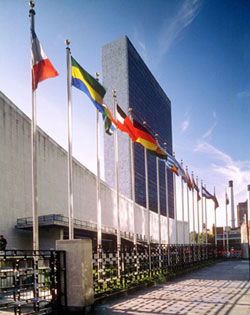 A United Nations panel of experts investigating the Saudi-led bombing campaign in Yemen has uncovered “widespread and systematic” attacks on civilian targets in violation of international humanitarian law, bringing questions to light over the UK’s role in exporting arms to Saudi Arabia.

The UK-based newspaper the Guardian has been able to acquire the final 51-page report, which was sent to the UN Security Council last week, but which is as yet unpublished.

One of the most crucial findings within the report states: “The panel documented that the coalition had conducted airstrikes targeting civilians and civilian objects, in violation of international humanitarian law, including camps for internally displaced persons and refugees; civilian gatherings, including weddings; civilian vehicles, including buses; civilian residential areas; medical facilities; schools; mosques; markets, factories and food storage warehouses; and other essential civilian infrastructure, such as the airport in Sana’a, the port in Hudaydah and domestic transit routes.” It adds: “The panel documented 119 coalition sorties relating to violations of international humanitarian law.”

Human rights organizations have called for an inquiry as well as, pending on its outcome, a suspension of arms sales to Saudi.

The UK director of Human Rights Watch, David Mepham, commented: “The findings of the UN report flatly contradict repeated statements made by British ministers about the actions of the Saudi-led coalition in Yemen.”

Alan Hogarth, Amnesty International UK’s head of policy and government affairs, said: “Thousands of civilians have already died and it’s been utterly dismaying to see Downing Street brushing aside extremely serious concerns about the reckless conduct of Saudi Arabia in this devastating conflict.”

UK Prime Minister David Cameron has said that he would look at the report but emphasized that Britain had one of the strictest set of rules governing arms sales almost anywhere in the world.