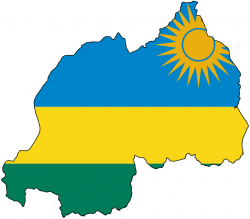 Rwanda has submitted a request to withdraw from the African Court on Human and People’s Rights (AfCHPR), although the country’s government has clarified that it has yet to pull out of the Court.

The country is leaving as it fears that those who commit genocide may “enjoy the benefits” of the Court. Johnston Busingye, Rwanda’s Minister of Justice provided an example of what this means: “the way it was framed even a fugitive like Kabuga can go to court tomorrow and file a human-rights case against Rwanda,” he told the press earlier this week. He was referring to Felicien Kabuga, a prominent Rwandan genocide fugitive who is wanted by the United Nations.

“We are still very much members of the Court…there is no cause for alarm,” Mr Busingye confirmed, adding that it was by “coincidence” that the withdrawal request was submitted at a time when the Arusha-based AfCHPR has summoned the government to a hearing of a case on 3rd March filed by opposition leader Victoire Ingabire.

Ingabire, who heads the unregistered political party FDU-Inkingi, is at present serving a jail sentence as she was found guilty in 2013 of inciting revolt, forming armed groups to destabilise the country and denying the 1994 Genocide against the Tutsi.