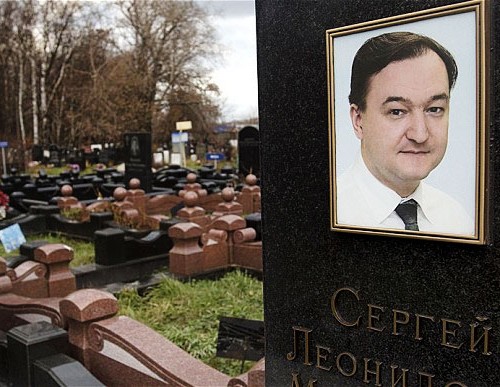 “Video recordings from video surveillance cameras …have not been seized due to objectivereasons – due to the expiry of the period of storage on the disc,” said General Major of the Russian Investigative Committee V. Alyshev.

Sergei Magnitsky was transferred to Matrosskaya Tishina detention center at 6:30 pm of 16 November 2009. Less than three hours later he was found dead with signs of bodily injuries in the isolation cell. The official Russian investigation into his death found that he died from a heart problem and that he had caused his own injuries.

An independent domestic investigation by the Moscow Public Oversight Commission concluded Sergei Magnitsky was kept in detention in torturous conditions, that civilian doctors were not allowed by detention center officials to enter his cell for an hour and eighteen minutes before his death, while a team of eight detention center officers restrained him and beat him. Immediately after Magnitsky’s death, detention center officials showed some video footage of Sergei Magnitsky to members of the Moscow Public Oversight Commission. However, video recordings from Matrosskaya Tishina have been absent from the Magnitsky’s death case investigation file.

In response to the request from Magnitsky family about the whereabouts of the video footage from Matrosskaya Tishina, the Russian Investigative Committee reported that the recording has been destroyed:

“[Video recording] is automatically deleted from the hard drive after 30 days, and new information is recorded in its place,” General Major Alyshev has informed Magnitsky’s mother.

“It is consistent with the overall cover-up of Sergei Magnitsky’s murder that the key video evidence from the crime scene was not preserved. An investigation should be opened into those who allowed the destruction of the videos,” said a representative of Justice for Sergei Magnitsky campaign.