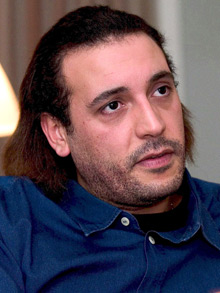 Gaddafi was abducted by an armed group in Damascus and handed over to Lebanon’s Information Branch in early December. The ICC has submitted the request in order to view the course of the investigation on Gaddafi since his arrest in Lebanon, collect his cell phone data and to question him about crimes against humanity that were committed in Libya by his father’s regime.

The ICC’s request is currently being studied by General Prosecutor Judge Samir Hammoud.