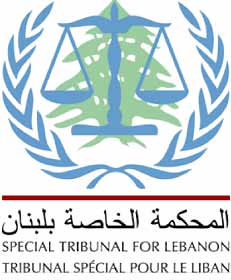 The Pre-Trial Judge at the Special Tribunal for Lebanon (STL) today, 2 August 2013, issued an order setting 13 January 2014 as the new provisional date for the commencement of trial in Prosecutor v. Ayyash et al in accordance with Rule 91(c) of the Rules of Procedure and Evidence (Rules). He further provided that the case file in Prosecutor v. Ayyash et al would be transferred to the Trial Chamber at the start of October 2013, pursuant to Rule 95(c).

This is the second provisional date issued for commencement of trial, the former being scheduled for 25 March 2013 but formally vacated on 21 February 2013. At the time, the Pre-Trial Judge had considered that a number of factors did not accord the Defence with the required adequate time and facilities to prepare its case prior to the scheduled commencement of trial on 25 March 2013. This included, inter alia, pending disclosure from the Prosecution in accordance with its obligations under the Rules; the volume of disclosure; and the outstanding requests for cooperation from the Government of Lebanon.

Prior to making his decision on the fixture of a scheduled date for the commencement of trial, the Pre-Trial Judge had invited observations from the Defence and responses from the Prosecution. All four Defence teams, including the Defence on behalf of Mr. Assad Sabra, led by Mr. David Young, strongly opposed the premature fixture of a provisional trial date solely in an attempt to appease external and political pressures.

Today, the Pre-Trial Judge determined that some of the factors present in February 2013 had since been addressed and therefore he was able to set a new provisional date for the commencement of trial in consideration of the case as it stands today. The Pre-Trial Judge was mindful of the fact the new circumstances may arise which may alter this provisional date. Ultimately, he stated that the decision to set the final date for commencement of trial lay with the Trial Chamber. Although the Pre-Trial Judge was unable to immediately transfer the case file to the Trial Chamber due to a number of outstanding procedural matters, he anticipated that this would occur at the start of October 2013 and sought the cooperation of both parties in this regard.

Prosecutor v Ayyash et al, concerns four accused allegedly responsible for the terrorist attack which killed former Prime Minister Rafiq Hariri and others in Beirut, Lebanon on 14 February 2005. They are currently being tried in their absence.