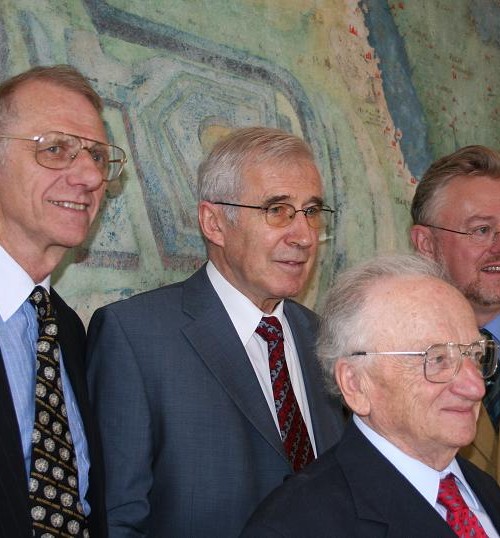 We would like to express our deep condolences for the sad passing of Professor Dr. Otto Triffterer on 1 June 2015.

Professor Triffterer, associate member of 9 Bedford Row International, was an internationally renowned expert on International Criminal Law. After his studies of Law, Sociology and Political Science at Harvard University, he continued specializing in International Crimes at the University of Freiburg, where he wrote his doctoral thesis “Theoretical basis for the development of substantive international criminal law since Nuremberg”.

Member of the Bar in Karlsruhe, he became research fellow at the Max-Planck-Institute and held professor positions in several German Universities during the 1970s, where he could conduct research on Foreign and International Criminal Law, English and American Criminal Law, International Law and Human Rights.

However, it is in the Austrian University of Salzburg where he would develop most of his great academic career. This University had the immense privilege of having Professor Triffterer as Dean of the University for six years until 1999, the year of his official retirement.

After leaving the University of Salzburg, he became Chairman of the Independent Commission of the Council of Human Rights (Menschenrechtsbeirat) for the States of Salzburg and Upper-Austria, and member of the European Academy of Science and Art.

Moreover, apart from his excellent academic work, he would leave us another important legacy: the Salzburg Law School on International Criminal Law, Humanitarian Law and Human Rights Law, which 9 Bedford Row International supported every year. Professor Triffterer’s charisma and wide knowledge had a great impact on the hundreds of students who participated in the programme.

As Academic Director of the Salzburg Law School, Professor Triffterer aimed at “disseminate knowledge, promote understanding, and encourage critical discourse of international criminal law”. For him, it was an opportunity not only to train the judges and lawyers of future international courts and tribunals; but also to share his dream of a truly cosmopolitan World where justice knows no borders.

He will be deeply missed. The sadness of his loss will fill the hearts of family, but also of all of those who had the immense privilege to work with him. He was an unforgettable teacher both, inside and outside the classrooms; and his great professionalism and morality was an essential source of inspiration. His strength, intelligence and kindness left a clear imprint on all those who got the opportunity to meet him. Now, our duty is to remember his exceptional work and continue his legacy.

Finally, we would to stress our sincere condolences to his wife, Maria, and his sons, Tobias and Daniel.