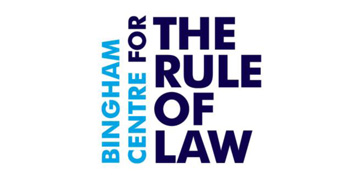 The British Institute of International and Comparative Law (BIICL) announced today that Professor Christina Murray has been appointed as the Director of the Bingham Centre for the Rule of Law.

Professor Murray will succeed Professor Sir Jeffrey Jowell KCMG QC, who was the very successful foundation Director of the Centre, which is part of BIICL.

Professor Murray is a Professor in the Faculty of Law at the University of Cape Town and a senior advisor to the United Nations Department of Political Affairs on constitution making in post-conflict situations. She brings extensive academic knowledge and practical experience in dealing with rule of law issues both nationally and internationally.

Professor Robert McCorquodale, Director of BIICL, stated: “We are delighted by this appointment. Christina’s experience of how to apply the rule of law principles worldwide will build on the impressive work and impacts of the Bingham Centre for the Rule of Law. She brings a dynamic and engaged approach to these issues.”

Professor Murray says: “The rule of law is easily taken for granted and equally easily infringed. It raises challenges for some of the most difficult problems we face today, like new security threats and changing economic conditions. Guided by Lord Bingham’s reminder that the rule of law is a practical concept, the Bingham Centre’s work is focused on the implementation of the rule of law. I hope that over the next five years I will help to build upon what the Centre has already achieved. I am looking forward to working with its staff and many partners.”

Professor Murray will take up her new post in March 2016.