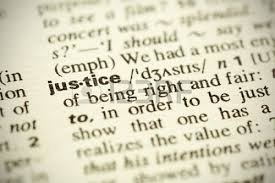 Asad Uddin, Advocate of the Supreme Court was arrested on 22 October 2015, and Mohammad Shishir Manir, again, an Adovocate of the Supreme Court, had his house ransacked later that same day, in what can only be seen as an outrageous instance of police harassment, and a blatant attempt to interfere with the proper administration of justice, targeting members of the Defence Team at the International Crimes Tribunal Dhaka.

At approximately 14:30 on 22 October 2015, Asad Uddin, an Advocate of the Supreme Court of Bangladesh and a member of the defence team of Maulana Motiur Rahman Nizami, was arrested on his way to his home in Sirajganj.

Armed police and men dressed in plain clothes that identified themselves as members of the detective branch stopped the bus in which he was travelling and effected the arrest shortly after the bus crossed the Jamuna Bridge.

The driver and conductor of the bus who witnessed the incident informed Advocate Asad Uddin’s family of the incident. The Police station in the area however has thus far refused to register a general diary despite it being clear that the incident occurred.

Enquires about Advocate Shishir Manir’s whereabouts were made with the clear intention of arresting him. Advocate Shishir Manir was not present at the property; consequently, police arrested his driver and transported him to Adabor Police Station, where in clear violation of professional standards they threatened to torture him. The driver was later released following the presence of the media, and enquiries being made about the arrest.

Both incidents are deplorable and ought to be condemned at the very highest level, and yet unfortunately, such actions are not isolated instances, and are indicative of the approach taken by the Bangladeshi security services and yet a further example how the rule of law is held in utter contempt by those duty should be to uphold and enforce it.

The tribunal at its commencement, in orders of 23 October 2012, and then again on 29 November 2012, directed that the police were to ensure the safety of the lawyers practicing before the tribunal.

The actions of the police are a blatant violation of not only the rule of law, but explicit judicial direction.  Such actions cannot be tolerated, and must be made subject to a full investigation into the actions of the individuals involved.

The police and associated security services cannot be allowed to act with impunity, and in violation of due process; individuals must be held accountable for their actions, else to tolerate is to encourage.