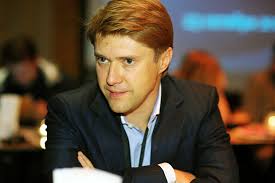 Russian opposition leader and a client of 9 Bedford Row, Mr Vladimir Ashurkov, has been granted political asylum in the UK. Ashurkov, one of the leaders of the Progress Party and the Executive Director of the Anti-Corruption Foundation, was represented by Mr Steven Kay QC and Ms Eeva Heikkilä of 9 Bedford Row.

“Throughout my asylum application process I was assisted by Eeva Heikkila of 9 Bedford Row chambers.  Eeva did not only demonstrate the utmost professionalism in handling intricate and not obvious aspects of asylum process, but also provided emotional and psychological support during this trying time in our lives.  She handled our case with human touch and passion for justice and fairness”.

Before being forced to flee, he carried out a number of ground breaking investigations into large scale state corruption, including the misspending and theft of about USD 4 billion from the Russian oil pipeline Transneft; the purchase of drilling machines by VTB Leasing, a subsidiary of the second largest Russian bank VTB, where about USD 150 million were stolen from the company through an artificially inflated purchase price;  the sale of Gazprom’s stake in another gas producer Novatek to a related party connected with cronies of Vladimir Putin at a discount of 30% to market value, representing a loss for the company of about USD 1 billion and the revealing of the real cost of the Sochi 2014 Winter Olympics. The Foundation also launched a number of online volunteer projects aimed at empowering ordinary Russian citizens who had suffered personal injustice due to unlawful corruption and recruited over 10,000 volunteers to act as election observers.

On 23 May 2014 charges of embezzlement, carrying maximum sentence of 10 years, were brought against him. The charges are widely seen as politically motivated and as part of increasing crackdown on the opposition.