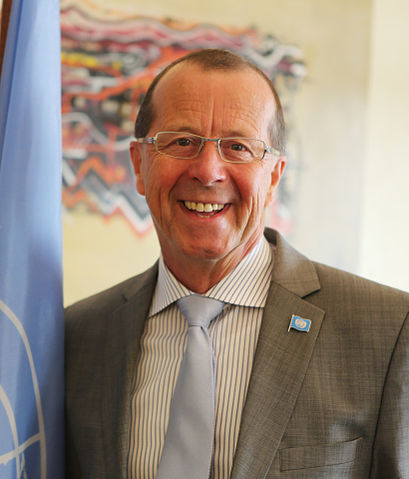 The United Nations has welcomed a peace deal signed by the Tuareg and Tebu tribes in Ubari, a southern Libyan town.

The agreement was brokered by Qatar and includes a permanent cease-fire, in addition to the return of people who have been displaced from their homes during the conflict between the two tribes.

After the deal was reached, the UN restated its calls for the approval of a national pact, which it has been attempting to negotiate between two rival Libyan governments. One is based in Tobruk and is acknowledged internationally, whilst the other is based in Tripoli.

Securing this nationwide peace deal would end a political crisis that has been ongoing for more than a year.

The new United Nations envoy for Libya is Martin Kobler (pictured), who recently took on the role from Bernardino Leon. Kobler is continuing to hold talks with officials in Tripoli and Tobruk in order to achieve a peace agreement for the country as a whole.