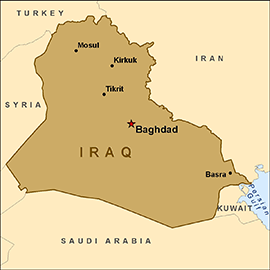 It has been reported in the last few weeks that over 1,000 British troops who served in Iraq could be prosecuted for crimes including murder, following an investigation into accusations of torture and unlawful killing.

The head of the Iraq Historic Allegations Team (Ihat), Mark Warwick, has said there have been “lots of significant cases” and that discussions would take place over whether they could qualify as war crimes.

The UK Government set up Ihat after becoming aware of abuse, torture and murder allegations throughout the military’s six-year mission in Iraq, which lasted from 2003-2009. The inquiry is investigating claims concerning 1,515 possible victims by September 2009. 280 individuals are alleged to have been victims of unlawful killing.

Click below to find out more information on this story: