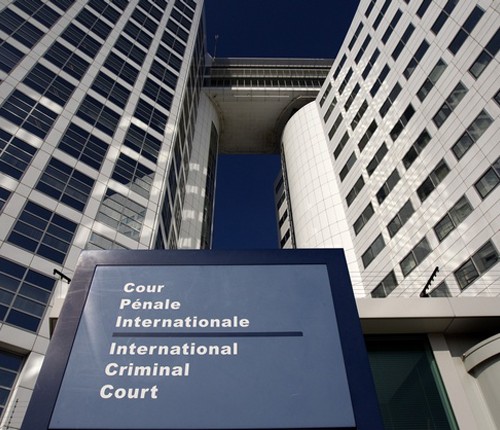 The Office of Public Counsel for Defence has released a report (attached at end of post) about the work being conducted by the Study Group on Governance, Cluster I (SGG-C1), in The Hague, and the Working Group on Amendments (WGA), in New York. On ​14th ​October​, ​the OPCD attended the ‘Special SGG meeting’, which took place in The Hague.

The gathering involved a presentation by ICC President Fernandez de Gurmendi of the ‘Progress Report on Clusters A, B, C and E’, and the SGG-C1’s presentation of the draft ‘Report of the Bureau on the Study Group on Governance’:

PLEASE NOTE that the following text consists of informative draft notes only taken by an OPCD representative to the best of their abilities, and are not an official transcription of the record of discussions.

Presentation by ICC President Fernandez de Gurmendi of the ‘Progress Report on Clusters A, B, C and E’ (see attached; also attached in our previous email of 7 October):

1.1 The President summarized the contents of the report to State Parties, emphasizing that the exercise of ‘lessons learnt’ to expedite proceedings is a priority for the Presidency. She also stated that there are now more Judges involved in this process (it’s a ‘collective process’) and that in principle the focus is on harmonizing practices, rather than amending the texts of the Court.

1.3 The OPCD representative asked the President a set of questions with respect to the current and prospective amendment proposals:

1.3.1 Question: Paragraph 72 (at page 17) of the report states that the proposal is made ‘[i]n view of the limited pool of judges’. If a member of the public asks me ‘why you do not have enough judges at the International Criminal Court?’, what can I answer? Answer: We have restraints. There is a possibility of requesting additional judges, but we also have to solve problems with existing limitations. In the short term, this is a solution. States can also take up these cases at the national level. But it’s a practical solution for now.

1.3.2 Question: When could we have an official document on the amendment proposal? Answer: It should be ready quite soon. If you do not have it, you can approach the ACLT.

1.3.3 Question: Are State Parties intending to submit this proposal for amendment in the agenda of the coming ASP? Answer: I don’t think it will be ready for this ASP.

1.3.4 Question: Could this proposal, if adopted at the ASP, be applied retroactively to current article 70 proceedings? Answer: It would not apply to current trial proceedings.

1.3.5 Question: Could this proposal be in contradiction with the Rome Statute? Specifically, I am thinking of Article 39 and Article 74. Answer: There is latitude for these (article 70) proceedings; these are not core crimes.

1.3.6 Question: What are the safeguards in place if, for example, a Judge becomes unavailable, for example, due to illness? Answer: Well, the same happens in a 3 judge trial bench…We have to deal with the risk.

1.3.7 Question: Paragraph 73 (at page 17) of the Report speaks of an amendment to the Regulations of the Court. When could we have a document on the amendment proposal? Answer: We are still at an early stage of the proposal.

2. SGG-C1’s presentation of the draft ‘Report of the Bureau on the Study Group on Governance’:

2.1 Following the ICC President’s presentation, the SGG-C1’s co-focal points from Peru and New Zealand presented the draft report on the work performed by the SGG-C1 during 2015, for State Parties to comment upon. The co-focal points also informed that this would be the last SGG-C1 meeting of the year.