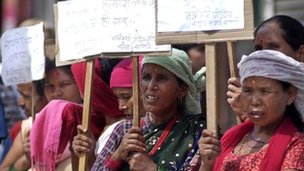 On Thursday the Metropolitan Police arrested a 46-year old man in St Leonards-on-Sea, East Sussex, suspected to have committed acts of torture in 2005 during the civil war in Nepal. The civil war in Nepal ended in 2006, however, gave rise “to allegations of human rights atrocities against both the army and Maoist rebels.”

The arrest of the man is based on Section 134 of the Criminal Justice Act 1988 permitting the UK to detain and prosecute persons subject to allegations of human rights abuses, “even if the crime is not connected to events in the UK.”

The arrest of the man is based on torture allegations raised by an individual stating that state agents tortured him to receive information. The alleged victim issued a statement through his solicitor, stating: “I trust that the British system will deliver justice; something I was not able to get in my own country.”