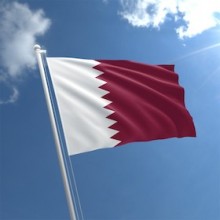 Recent political wrangling among Middle Eastern states has reached a full-blown diplomatic crisis with several states, including Saudi Arabia, Egypt, Bahrain and the UAE severing ties with Qatar. According to a recent CNN report, Qatari nationals are now officially on notice to leave neighbouring countries within two weeks. Among the reasons citied by those states as justification for such an unprecedented diplomatic freeze is Qatar’s alleged close alignment with and support of Iran’s growing influence in the region, including its nuclear programme. Another main reason cited was Qatar’s support (which according to the UAE includes hosting and funding) of the Muslim Brotherhood, a nearly 100-year-old Islamist group considered to be a terrorist organization by, among others, Saudi Arabia, the UAE and Egypt.

9 Bedford Row was commissioned by the State Lawsuit (Litigation) Authority of Egypt to produce a series of reports which aimed to present an independent and comprehensive review of the Muslim Brotherhood and its allied groups and organisations. All four reports can be read and downloaded at: http://egyptevidence.com/

The CNN report can be found at http://edition.cnn.com/2017/06/06/middleeast/qatar-middle-east-diplomatic-freeze/index.html