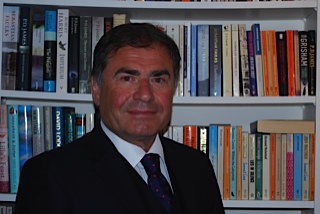 John is a highly respected criminal defence advocate of many years experience. He has developed a practice with a trans-national emphasis, acting largely for non-English speaking clients. He has defended in heavy duty drugs cases, human trafficking, fraud and money laundering, together with murders, rapes and other offences of serious violence. He is also a grade four (highest grade) prosecutor domestically, dealing with similar cases to those in which he defends. He is on the prosecution specialist rape and fraud panels.

John has a wide knowledge of European legal systems. His experience of adversarial justice systems and those governed by civil codes provides him with a keen appreciation of evidential and legal issues necessary in the hybrid environment of the international courts. He has handled a multitude of cases with trans-national and international dimensions and has been invited to address a variety of bodies internationally on criminal law subjects from a perspective of comparative law.

John is appointed to the lists of defence counsel at: