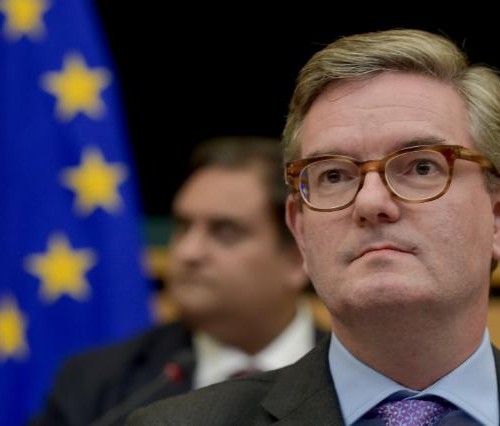 The European commissioner responsible for security, Sir Julian King, has warned that after Brexit the UK would need to acknowledge the rulings of the European court of justice (ECJ) if it hoped to keep the support it receives from the European Union in countering terrorism and organised crime. Sir Julian also said that in order to perform necessary operations, the UK’s security services had grown reliant on shared crime-fighting tools.

Sir Julian said in a recent interview that “the UK has exported 8,000 people under the European arrest warrant and imported a thousand, it is an active user, but there you are talking about an element of the acquis [EU law] and legal and criminal proceedings, so you have to have some level of arbitration.”

The commissioner further stated that in order for security cooperation to be preserved, difficult political compromises might have to be reached by Britain and the 27 remaining EU countries and that this would include the role of the ECJ. He said that “the existing level of arbitration is the European court of justice, so that is an issue that will have to be worked through in the negotiations.”

UK Prime Minister Theresa May has made taking back control of British law and ending the jurisdiction of the European Court of Justice one of her goals for Brexit. If Mrs May and her colleagues were to relax their stance on the ECJ, she would be likely to receive serious opposition from some senior Conservative MPs, who believe that the court in Luxembourg erodes Britain’s sovereignty.

To read about this story in more detail and Sir Julian’s comments in full, click the following link: