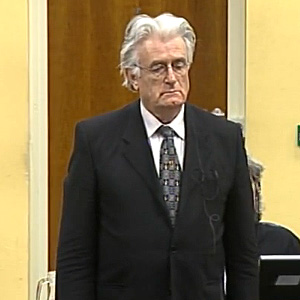 Ex-Bosnian Serb leader Radovan Karadzic, 70, has been convicted of war crimes committed during the Bosnian war (1992-95). UN judges found him guilty of 10 out of 11 charges, including genocide and he has been sentenced to 40 years imprisonment.

The case is being viewed as one of the most significant war crimes trials since the Second World War. Karadzic had previously denied the charges. His lawyer said he would appeal, a process that could take several years.