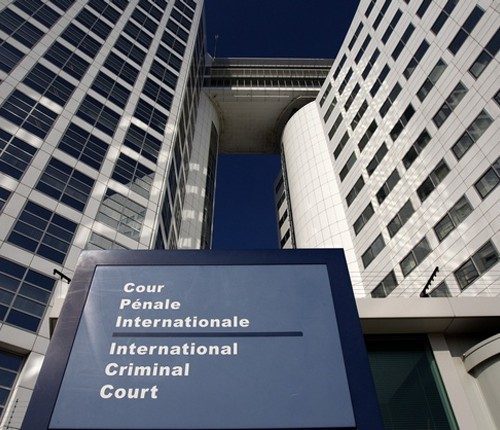 The ICC is a crucial advance in civilisation, being the first global court tasked to try the worst human rights abusers. Perhaps unsurprisingly, it is beset with problems both political and procedural. Many states continue to invest political will and finance to sustain its work. What we now need is a process of review and reinforcement. Fortunately, help may be at hand.

Reinforcement of international criminal justice comes in two new ways, that enable us to go beyond the limited Nuremberg/ICC model of trying a handful of top leaders in remote processes. The two sources of reinforcement are overlooked practice from the Second World War and twenty first century practices; both rooted in local practice.

36,000 individuals, including Adolf Hitler, were charged by sixteen Allied states in the period 1944-1948 resulting in some 10,000 convictions in over 2,000 trials in Europe and Asia. This diplomatic body, the UN War Crimes Commission, provided international legitimacy, legal and technical support to judicial processes conducted by its member states. Its leadership included Britain’s Lord Wright, a former Master of the Rolls, Renee Cassin, a future Nobel Peace Prize winner, and Congressman Herbert Pell, Franklin Roosevelt’s Ambassador.

Overshadowed by the Nuremberg trials of top Nazis, and rapidly closed down in the interests of rebuilding Germany, the member states of the UNWCC created legal substantial precedent. The UNWCC included China and India alongside Western states, Ethiopia and the Philippines.

Under the UNWCC, states had their war crimes indictments validated at a pre-trial stage by a panel drawn from fellow Member States creating a type of “peer review‟ system to encourage fair trials. Such a system could provide independent expert advice to domestic justice institutions, an approach that remains undeveloped in existing judicial structures and treaty regimes today.

As international policy, the trials took place in the regions where the crimes had taken place, including concentration camps and cities in Europe. Just as the ICC echoes the Nuremberg Trials, so today’s local action in Africa has loud and unexpected resonance with Allied practice in the 1940s.

The UNWCC members systematically debriefed refugees and liberated prisoners and populations about war crimes they had suffered. Today, states that support international criminal justice need to remember that in the Second World War they operated a far more systematic effort to collect evidence than exists today.

The legal and state practice of the 1940s is far richer than usually assumed, with policy, indictments and convictions for rape, forms of criminal conspiracy and early definitions of genocide. Crimes Against Humanity hotly debated in the Commission before D-Day was used by member states soon after the Nuremberg judgement.

The UNWCC enacted a range of inexpensive but effective measures such as legal advice, sharing best practice and even specimen forms detailing the information necessary for Member States to report war crimes. This provides several useful functions that could be drawn upon in modern international criminal justice – either individually by existing bodies, or in a new organisation such as a technical assistance organisation that could be called upon, when needed, to play an intermediary role between states and the ICC. It could provide tailor-made packages of support to strengthen the capacity of domestic judicial systems.

There has been insufficient attention paid to the diverse range of domestic bodies currently addressing mass crimes across Africa. Depending on the context, these practices need either international support or freedom from external intrusion to maximise their potential as vital complements to the ICC.

For example, in the Democratic Republic of Congo, a $40 million European Commission-funded judicial reform process since 2003 has seen the national military courts in Ituri province prosecute a string of high-ranking members of the Congolese army and several rebel groups. Judicial actors in Ituri were furious that the rebel leaders, Thomas Lubanga, Germain Katanga and Mathieu Ngudjolo, were whisked off to the ICC between 2006 and 2008 when their cases were still being investigated domestically. Meanwhile, in the provinces of South Kivu and Maniema between 2009 and 2012, twenty mobile units prosecuted 382 cases of sexual and gender-based violence, leading to 204 rape convictions. Most of these cases were against senior members of the Congolese army.

Similar domestic reforms have enabled the Rwandan national courts since 2008 to handle numerous cases concerning high profile genocide suspects extradited from abroad. In 2014, the Constitutional Court in South Africa ruled that the South African police were legally obliged to investigate Zimbabwean officials accused of torturing opponents of Robert Mugabe’s regime. The Southern African Litigation Centre and the Zimbabwean Exiles Forum successfully argued that South Africa has an obligation to prosecute these international crimes, having implemented the ICC Statute within domestic law.

On the other side of the continent, the Extraordinary African Chambers in Senegal in 2016 convicted former Chadian dictator Hissène Habré of crimes committed in Chad between 1982 and 1990. All four investigating judges in the Chambers were African (the president of the court from Burkina Faso and the three remaining judges from Senegal). Chad and the African Union provided more than half of the budget for the tribunal, with the rest from international donors. The DRC, Rwanda, South Africa and Senegal examples show that external support for African courts can yield impressive results – and that there is more momentum for addressing atrocities domestically in Africa than is often recognized.

Using these models, the international community can positively complement the court in The Hague with internationally supported local practices. We need to bring present practitioners together with historians to discuss means of more prompt and effective justice for both high ranking and lower level perpetrators.

Looking ahead we can envisage systematic collection of evidence from victims, legal and technical assistance, and advice to local and national courts.

We cannot wait or be complacent.  The gains of civilisation made in the decades after the Cold War are under threat everywhere, and not least in international criminal justice. A group of investing states and experts need to rapidly review the reform agenda. It is timely that we now have new analysis both of historical resources and precedent and experience of domestic justice mechanisms today.