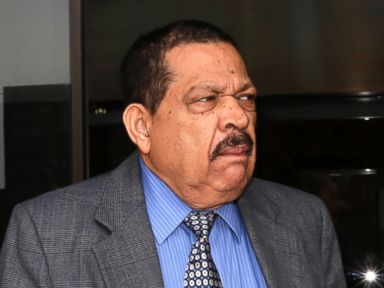 A federal judge in the USA has ordered the extradition of a former Salvadoran colonel, Inocente Orlando Montano Morales (pictured), accused for playing a part in the murders of six Jesuit priests, a housekeeper and her teenage daughter that were committed during the Salvadorian civil war (1980-1992).

Spain, not El Salvador, sought the extradition of the former officer, to put him on trial in Madrid. Montano along with 18 other ex-military officers originally indicted by a Spanish judge, have remained free under an amnesty law that was passed in 1992. However the recent order for deportation by Judge Kimberly A. Swank has moved the prosecution of the case a step closer to a courtroom.

In her decision, Swank agreed with the Spanish evidence that showed that Montano was present at a meeting of the military high command that ordered the murders, which were carried out by an elite Salvadoran unit trained by the United States military.

“A government official who acts in collaboration with others outside the scope of his lawful authority,” Swank wrote, “may reasonably be considered a member of an armed gang under the Spanish terrorist murder statute.”

Associate Member of 9BRi, Almudena Bernabeu played an instrumental role in the decision to extradite Montano.

To learn more about this story, please click the following link:

And click below to learn more about Almudena Bernabeu, her work and experience: