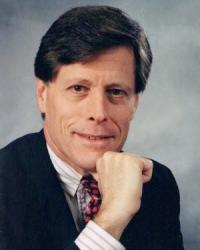 On 7 July 2015, International Co-Investigating Judge Mark Harmon announced his resignation from the Extraordinary Chambers in the Courts of Cambodia (‘ECCC’).

“It is with considerable regret that I have tendered my resignation, for strictly personal reasons, with effect as of the date upon which my successor has been sworn into office. It was an honor to have been selected to serve as the International Co-Investigating Judge in the Extraordinary Chambers in the Courts of Cambodia and to have had the privilege, along with my international and Cambodian colleagues, to pursue justice on behalf of the many victims who suffered at the hands of the Khmer Rouge.”

Prior to joining the ECCC, Judge Harmon worked as a senior trial attorney at the International Criminal Tribunal for the former Yugoslavia, leading the prosecution teams in the Krajišnik, Krstić, Blaškić and Perisic trials and in the guilty plea cases of Plavšić, Deronjić, Bralo, Erdemović and Češić.