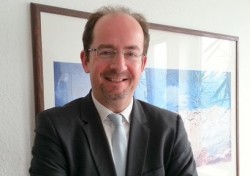 Associate Member of 9 Bedford Row International, Jens Dieckmann, is to be keynote speaker at the International Nuremberg Human Rights Award 2017. Jens’ speech which is to be given in German is titled: “More than words…? The Probative Value of Photo Evidence in International Criminal Trials”.

The award is endowed with 15,000 euros and is presented every two years to people or groups who have, in an outstanding way, dedicated themselves to human rights regardless of any personal risk involved. Not only does the award serve to honour the commitment and achievements of those who receive it but also contributes to the protection of endangered human rights defenders and hopes to inspire people to preserve and uphold human rights.

The winner of the 2017 award is Group Caesar. “Caesar” is the alias of an ex- military photographer who was based in Syria. Caesar smuggled 50,000 photos out of the country, over half of which showed detainees in Syrian prisons killed by torture, execution, disease, malnutrition or other examples of ill-treatment.

The International Nuremberg Human Rights Award will be presented to Caesar in the Nuremberg Opera House on Sunday 24th September. However Ceasar is unable to receive the award himself as he now lives in hiding within Northern Europe.

This event will take place in Nuremberg and is to run over a number of days from Friday 22nd September – Saturday 30th September 2017. Jens Dieckmann will deliver his keynote speech at 6pm on Tuesday 26th September.

Click below to view a (German) copy of the program for the event:

To learn more about Group Caesar and for further information on the International Nuremberg Human Rights Award, click the following links: