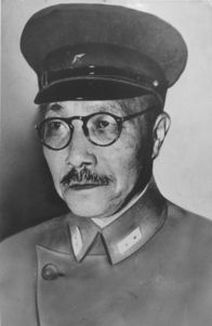 The Japanese government is to reconsider the rulings that found 25 of the country’s military and political leaders responsible for initiating World War Two. The verdicts were made during the Tokyo War Crimes Trials that were conducted by the Allies.

Six of those found guilty were sentenced to death, the crimes they were accused of included waging a war of aggression and sanctioning the cruel treatment of prisoners of war. Among the guilty were General Hideki Tojo (pictured), who served as prime minister from 1941-44, and General Seishiro Itagaki, who was the minister of war.

Japan’s ruling Liberal Democratic Party will set up a panel this month to discuss whether the Allies’ rulings were justified. They will also consider the policies imposed on Japan after being defeated by the Allies in 1945.