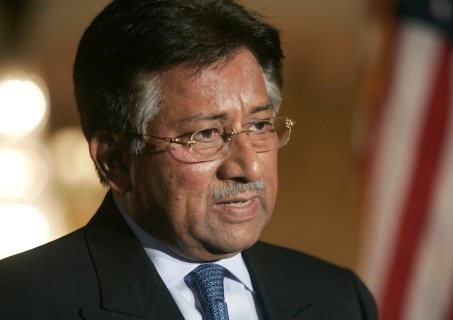 Steven Kay QC and Toby Cadman of 9 Bedford Row International are today releasing a report submitted to the UN Office of the High Commissioner for Human Rights detailing the serious irregularities of this “incredible, unsound vendetta” against former President Musharraf. The lawyers are calling for a full UN review by the UN High Commissioner and UN Special Rapporteurs to engage with the Government of Pakistan and reconsider their current actions against the former President. Currently the treason trial is scheduled to begin on 24th December 2013.

At the same time Kay QC and Cadman are calling on the international community, in particular the British, US and Saudi Arabian Governments to intervene to support Musharraf who has provided immense assistance to the West in its “war on terror” during his time in office.

The Pakistan Prime Minister Nawaz Sharif has brought treason charges against Pervez Musharraf who removed him from office in 1999. Now premier again, Nawaz Sharif and his Government have, since Musharraf’s return to Pakistan in March 2013 to re-enter public life, used the courts to bring a barrage of unsubstantiated charges against him, from false accusations surrounding the death of former PM Benazir Bhutto, to questioning his operations against Islamic fundamentalists in the global war on terror.

As each of these other charges have been dropped or bail granted the Government has used its powers to bring a final and politically motivated treason charge directly associated with the events that removed Nawaz Sharif from office.  Nawaz Sharif has now set up a special court and handpicked three judges to try former President Musharraf.

“The British and US Governments owe former President Musharraf a great debt for his support in the war against Islamic terrorism and the ongoing military actions in Afghanistan. In his time of need, it is crucial the British and American authorities act to support Musharraf, and support the rule of law in Pakistan by bringing all pressure to bear on the Government to end this show trial”.

“It is clear the current Government is abusing the powers of the premiership to bring charges against former President Musharraf for purely political reasons and out of vindictiveness over events of the past. This does not bode well for the stability of Pakistan under his premiership, at a time when the international community needs the rule of law and multi-party democracy to re-establish itself in the face of the threat from Islamic militancy”.

“Called by a dismissed Prime Minister and former Chief Justice, and to be presided over by three hand picked judges whose impartiality is now in question, nowhere in the world would such a court or charges be considered fair or just. The international community, led by the United Nations, needs to intervene before this case begins a dangerous precedent by making political show trials acceptable in Pakistan, and sets the country on a path that decimates the rule of law”.

Cadman along with Steven Kay QC will today submit to the United Nations Council on Human Rights a report detailing the abuse of office and the irregularities in the legal process that stands to bring former President to trial.