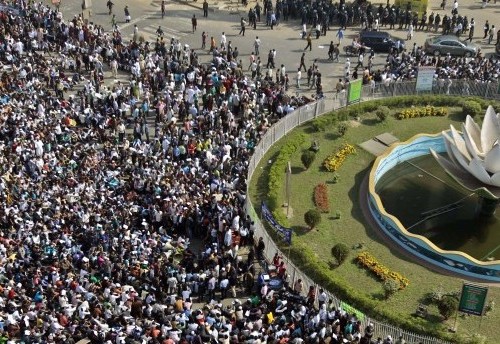 Toby Cadman and Lennart Poulsen of 9 Bedford Row International respond to an article by Professor Professor Rafiqul Islam, a professor of law at the Macquarie Law School in Sydney, Australia, on the Bangladesh International Crimes Tribunal.

The article was originally published by the Washington DC based The Daily Caller and may be accessed here:

The ad hoc tribunals have also been replete with criticisms of how universal standards of fair trial have been applied. However, their individual contribution to regional peace and stability and the development of international law continues to reinforce their importance.

Bangladesh emerged out of East Pakistan following a brutal, nine-month conflict that remains one of the bloodiest conflicts since the end of the second world war. Reliable data from the conflict is lacking, but the modest estimate of 300,000 deaths would put it on an equal par with the Bosnian war and the higher estimate of 3 million would put it closer to the Cambodia. Irrespective of whether one accepts the higher or lower estimate, it is quite clear that an international response was warranted and remains lacking.

It would not be an exaggeration to suggest that we have been beating the drum for international intervention in Bangladesh for some time – actually, almost as long as we have been banging the same drum for the Syrian conflict to be referred to the International Criminal Court in The Hague. Neither call has yielded any result whilst bodies continue to pile up – in Syria in the thousands and in Bangladesh in the hundreds.

The international community has maintained a consistent line in Bangladesh – trials are important to end impunity but trials must be fair. In Bangladesh they are not. There have been many critics ranging from members of the U.S. Congress to the United Nations. Recently, the government of Bangladesh has adopted an aggressive lobbying campaign to attempt to change that perception. Ironically, the government is now competing in the very same space that it has long criticized the defense of occupying: public and government relations – or more crudely put – lobbying and advocacy. The government has hired a Washington DC-based pubic relations firm and the campaign is now gathering momentum. Articles in a number of media outlets have attempted to convince the public, both in Bangladesh and internationally, that the trials are fair and that the right people have been convicted. One of them has now been executed despite the protests of Secretary of State John Kerry, UN Secretary General Ban Ki Moon, and UN High Commissioner for Human Rights Navi Pillay. Recently, members of the prosecution have countered such criticism by publishing articles in the U.S. media lauding their own achievements. That is to be expected. No one wants to be part of a losing team.  However, it is the writings of a seemingly independent commentator that have sparked interest.

Professor Rafiqul Islam, a professor of law at the Macquarie Law School in Sydney, Australia, recently wrote in an article entitled “Bangladesh War Crimes Tribunal Meets High Standards” that the International Crimes Tribunal is beyond reproach and has established a system of justice in Bangladesh. What Professor Islam has presented, it is respectfully suggested, is a political monologue attempting to legitimise a fundamentally flawed process. It has nothing to do with the law.

He is quite right in contending that many of the crimes committed during the 1971 conflict were atrocious and that those found guilty of committing them should be severely punished – no right-minded person, regardless of political affiliation or sympathy, would dispute this. However, his article completely misses the point and it is deeply regrettable that a professor of law would put his own political affiliations above principled reasons of law.

Professor Islam is an academic from an internationally regarded seat of learning and he is currently conducting research at the Macqaurie Law School on the International Crimes Tribunal. It is for this reason that it is difficult to understand why he would put his professional standing in jeopardy by writing an opinion piece void of any real academic objectivity on a topic where justice, proper justice, is the real issue. Not whether or not Abdul Qader Mollah deserved to die. The line drawn between these two issues is a line that divides justice, on the one hand, with what amounts to nothing less than a state-sponsored political lynching on the other. It is important to recall the words of Justice Jackson, chief prosecutor of the International Military Tribunal at Nuremberg who stated, “If you are determined to execute a man in any case there is no occasion for a trial. The world yields no respect to courts that are merely organized to convict.”

Professor Islam claims that Mr Mollah was “given full rights of due process” during his trial before the Bangladesh International Crimes Tribunal (ICT) and that the “verdicts were based on sound information and careful procedures.” This is quite false but it would have been helpful if Professor Islam had divulged the basis on which he draws such a conclusion.

It is indisputable that there is a broad consensus within the international community (including from the closest allies of the current Bangladesh government) that the trials have failed to meet even a basic standard of fairness. It is also incontestable that such criticism is based on what is now accepted to be compelling evidence of gross misconduct on the part of the judiciary, prosecution, and Bangladeshi government. This position is not espoused from “nit-picking at the tribunal’s procedures,” as Professor Islam suggests, but by reasonable and objective analysis by neutral observers into the appropriate standards of justice as established by customary international law and set out in the International Covenant on Civil and Political Rights (ICCPR), to which Bangladesh is bound. These safeguards exist to protect an accused person and to ensure he receives a fair trial and are even more stringent in capital cases. With respect to the trials before the ICT, these standards and procedural safeguards have been wilfully and repeatedly ignored.

Professor Islam purports that it is “inappropriate to assess a national trial process in the light of practice and experience in international trials” and that the relevant safeguards to ensure a fair trial are ensured in that “Bangladesh’s tribunals are run and overseen by very senior, experienced, and professional sitting judges of the Supreme Court.” Professor Islam may have a point here, but the government has repeatedly stated, including the Prime Minister herself, that the standards applied by the ICT are in conformity with the international tribunals.

The question of national versus international is an important point. If, as Professor Islam suggests, these trials are subject to national law, then why were the constitutional rights afforded to all Bangladeshi citizens removed for the accused before the ICT? Why are they treated differently? It is convenient to use the national tribunal argument to deflect criticism from failure to adhere to standards applied in the international tribunals. But the ICCPR does not impose its standards only on international tribunals. The standards and safeguards set out in the ICCPR are equally binding on national courts as they are on international tribunals. To suggest, as Professor Islam does, that such standards can be compromised to accommodate the view that “procedural justice must not outweigh the delivery of substantive justice” is unacceptable. Indeed, the core tenets of most international human rights instruments relating to criminal proceedings focus on the importance of procedural safeguards, as without them there can be no substantive justice.

Professor Islam suggests that in most cases the evidence presented against the accused has been “overwhelming and convincing.’  He fails however to discuss the quality of that evidence and the lack of opportunity given to the accused in many cases to properly put forward his own evidence (documentary or through defense witnesses), cross-examine key prosecution witnesses or obtain full disclosure so that he may know the evidence against him and have an opportunity to answer it. He also fails to mention the various incidents that have raised serious questions as to the independence and integrity of the process. For instance, in December 2012, The Economist revealed in a lengthy and thoroughly researched report the vast scale of the corruption and collusion between judges, prosecutors, third parties, and the government. The various incidents described therein, gathered from many hours of recovered Skype conversations and emails between the former presiding judge of the ICT and an unaffiliated (and undisclosed) third party, Dr. Ziauddin Ahmed, laid bare the scale of this collusion.

In respect of the case of Mr Mollah, it is of particular concern that his death sentence was handed down by the Bangladesh Supreme Court based on retroactively amended legislation, a move which violates customary international law and thereby Bangladesh’s international obligations. The Supreme Court failed to recognise this and sentenced Mr. Mollah to death. There was no provision to appeal this decision, despite the Supreme Court effectively acting as a court of first instance. This clearly breached Article 14 paragraph 5 of the ICCPR which provides for a right of review where the highest court of a country acts as first and only instance. The Supreme Court permitted a review of the death sentence, which lasted a matter of hours, but this was a review by the very same judges who condemned Mollah to death. This does not even come close to the requirement of the ICCPR. Professor Islam conveniently omits reference to this.

Professor Islam describes the purpose behind the ICT as representing “the quest of humankind to combat terrible crimes against humanity.” This is indeed important. But he fails to accept (indeed, he suggests the opposite) that it is equally, if not more, important to highlight legitimate concerns where a populist lust for revenge has taken the place of the pursuit of justice and relegated the rule of law to inconvenient rhetoric.

In 2009 Professor Islam gave an interview in a leading Bangladesh daily newspaper on the legal framework of the ICT. He commented that the legislation “affords only a general legal basis and some procedural guidelines” and goes on to say that it is silent on certain rights contained in the ICCPR and the constitutional guarantees under Chapter 3 of the Constitution. Professor Islam then makes the point concerning capital punishment that it “may be revisited in view of Bangladesh’s international human rights obligations emanating from various UN human rights instruments prescribing life imprisonment as the maximum penalty.” Professor Islam states unequivocally that “Bangladesh must comply with its assumed international treaty and human rights obligations.”

In his recent article Professor Islam speaks of procedural nitpicking. The concerns raised by the defense, and largely endorsed by the international community, relate to witness tampering, subordinating perjury, prosecutorial and judicial misconduct, falsifying evidence, and in one case the kidnapping of a witness. This can hardly be characterised as nitpicking.

The pursuit of justice for the victims of the undeniable atrocities that occurred during 1971 is indeed important. However, justice will not be achieved, nor will closure for the victims and their relatives be found, through arbitrary executions following an inherently flawed and fundamentally unfair trial process.