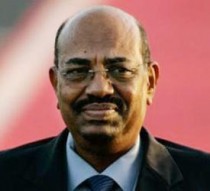 Whether or not customary international law has developed in such a way as to abolish the immunity of serving heads of state against arrest for war crimes, genocide and crimes against humanity was a central issue in a judgment handed down by the Supreme Court of South Africa this week.

The matter concerned the refusal by the South African authorities to arrest President Al Bashir of the Sudan while attending a summit of heads of state of the African Union in Johannesburg last year. The High Court had issued an interim injunction, it then being established that flight Sudan 001 had departed from a military airbase in South Africa while the case was being heard.

The Supreme Court of South Africa unanimously upheld the Government’s argument that the Pretoria High Court had wrongly refused it leave to appeal; that the argument against Government founded on customary international law was misconceived; and that a further argument reliant on a contended waiver of head-of-state immunity by Sudan’s accession to the Genocide Convention also could not be sustained.

The Court divided 3:2 in interpreting the effect of South Africa’s domestic enactment of the Rome Treaty (establishing the International Criminal Court) on its re-enactment, just six months before, of serving head-of-state immunity. Although the Court disagreed on the construction issues, it held unanimously that a serving head of state currently has no immunity in South Africa against arrest for trial by the ICC (or by a South African court applying the principle of subsidiarity). Describing argument for Government as “forceful and cogent”, it nonetheless, having granted leave to appeal, dismissed the appeal itself.

An application for leave to appeal further to the Constitutional Court is under consideration.

And click below to read the Judgement linked to this story:

THE SUPREME COURT OF APPEAL OF SOUTH AFRICA

And to find out about Jeremy and his work, click the following link: