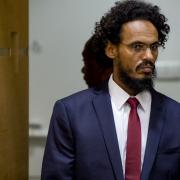 The International Criminal Court has sentenced junior civil servant turned Islamic militant leader, Ahmad al-Faqi al-Mahdi, to nine years imprisonment in relation to cultural destruction of the fabled shrines of Timbuktu. This is being viewed as a landmark case as it is the first ICC case to focus solely on cultural destruction as a war crime.

As of last month, Mr. al-Mahdi had pleaded guilty to the charge of “intentionally directing” attacks on nine mausoleums in Timbuktu and the ancient door of its Sidi Yahia mosque in 2012, while the city was under the occupation of a coalition that consisted of militant groups. Prosecutors are hoping that al-Mahdi’s sentencing will discourage similar acts of cultural destruction from being committed.

Click the link below to read more about this story: