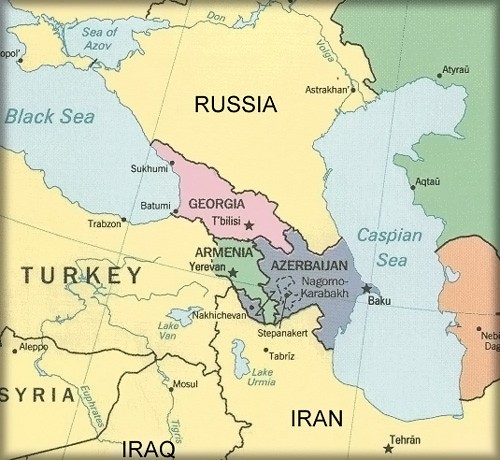 On 27 January 2016, Pre-Trial Chamber I of the International Criminal Court (ICC) authorised the Prosecutor to proceed with an investigation for the crimes within the ICC jurisdiction, allegedly committed in and around South Ossetia, Georgia, between 1 July and 10 October 2008. Pre-Trial Chamber I is composed of Judge Joyce Aluoch, Presiding, Judge Cuno Tarfusser and Judge Péter Kovács, who appended a separate concurring opinion.

On 13 October 2015, the ICC Prosecutor submitted her “Request for authorisation of an investigation pursuant to article 15” of the Rome Statute, asking for authorization from Pre-Trial Chamber I to proceed with an investigation into the situation in Georgia, for war crimes and crimes against humanity allegedly committed in and around South Ossetia in 2008. On 4 December 2015, the Chamber received the representations by or on behalf of 6,335 victims on this matter.

The Chamber noted that, according to article 15 of the Rome Statute, it has the mandate to ensure judicial control over the Prosecutor’s exercise of her proprio motu power to open an investigation in the absence of a referral by a State Party or by the United Nations Security Council. The Chamber also stressed that, in light of the procedural stage and the purpose of its control, the Chamber’s examination of the Prosecutor’s request must be strictly limited.

After examining the request and the supporting material, the Chamber concluded that there is a reasonable basis to believe that crimes within the ICC’s jurisdiction have been committed in the situation in Georgia. Such crimes include crimes against humanity, such as murder, forcible transfer of population and persecution, and war crimes, such as attacks against the civilian population, willful killing, intentionally directing attacks against peacekeepers, destruction of property and pillaging allegedly committed in the context of an international armed conflict between 1 July and 10 October 2008. The Chamber also found that potential cases arising out of the situation would be admissible before the Court and that there are no substantial reasons to believe that an investigation would not serve the interests of justice taking into account the gravity of the crimes and the interests of victims. In conclusion the Chamber granted the ICC Prosecutor’s request to proceed with an investigation into the situation in Georgia.

Judge Péter Kovács joined a separate opinion, indicating that while he shares the Majority’s views that there is a reasonable basis to proceed with an investigation into the Georgia situation, he differs with it on the scope and extent of the judicial control of the Prosecutor’s request, on the Chamber’s role in examining and eventually rectifying the Prosecutor’s assessment of the alleged crimes under the Court’s jurisdiction, and on the scope and the level of details required for the admissibility assessment.

Decision on the Prosecutor’s request for authorization of an investigation

Decision on the Prosecutor’s request for authorization of an investigation