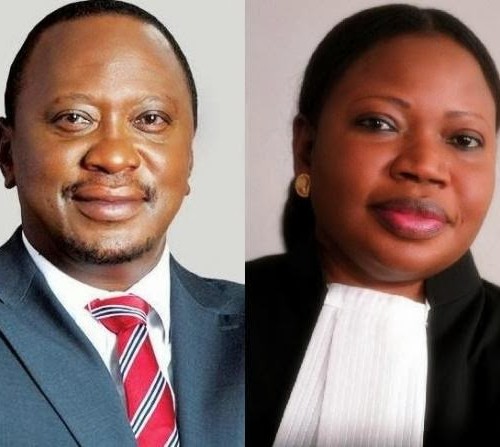 Today, Friday 5 December 2014, the Office of the Prosecutor (‘OTP’) of the International Criminal Court (‘ICC’) officially withdrew the charges against the President of the Republic of Kenya, Uhuru Muigai Kenyatta.

In its ‘Notice of withdrawal of the charges against Uhuru Muigai Kenyatta’, Fatou Bensouda stated:

‘In light of the Trial Chamber’s 3 December 2014 “Decision on Prosecution’s application for a further adjournment”, the Prosecution withdraws the charges against Mr Kenyatta.

The evidence has not improved to such an extent that Mr Kenyatta’s alleged criminal responsibility can be proven beyond reasonable doubt. For this reason, and in light of the Trial Chamber’s rejection of the Prosecution’s request for an adjournment until the Government of Kenya complies with its co-operation obligations under the Rome Statute, the Prosecution withdraws its charges.

As noted by the Trial Chamber, this withdrawal is without prejudice to the possibility of bringing new charges against Mr Kenyatta “at a later date, based on the same or similar factual circumstances, should [the Prosecution] obtain sufficient evidence to support such a course of action”.’

The OTP issued its withdrawal in light of ICC Trial Chamber V(B)’s (‘Chamber’) recent decision rejecting the OTP’s request for a further adjournment of the case. In its 3 December 2014 decision, the Chamber directed “the Prosecution to file a notice, within one week of this decision, indicating either (i) its withdrawal of the charges in this case; or (ii) that the evidentiary basis has improved to a degree which would justify proceeding to trial.”